In Between Love & Death:Romance you choose In Between Love & Death:Romance you choose 0.0
■Synopsis■
Every night, you’re haunted by a disturbing dream… You’re in an old mansion confronted by an old woman whose face becomes more and more twisted as she talks to you. Finally, she attacks you and you wake from the nightmare. You try to talk to your friend Trevor about it, but he isn’t convinced it’s anything to worry about. Meanwhile, you continue to be haunted by the dream every night…

One day at the library, you bump into a man named Gavin. He drops a book and as you go to pick it up, you realize that it has a photo of the mansion from your dreams!

What secrets does your dream hold? Who is the old woman? Can your friends help you solve the mystery?!

Find out in The House of Grudge!

The Active One - Trevor
Trevor’s athletic and can be a bit arrogant but has a good heart. You’ve been good friends with him since you were young and he’s always liked your proactive nature. He’s skeptical at first, but he decides to help you and gets involved in the investigation.

The Mysterious One - Gavin
Gavin is a man of few words that is searching for his lost sister. He realizes that the disappearance of his sister and the mysterious mansion from your dreams are related and works closely with you to solve the mystery.

The Introvertive One - Lewis
Lewis is a fan of the occult and his knowledge helps you in your hunt for the unknown. He’s a bit anti-social, but he enjoys your company. He might just have a thing for you, but he’s not sure of his feelings...yet. 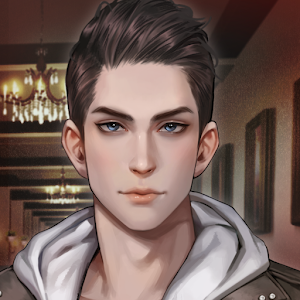