■■Synopsis■■
Even as a young girl, you’ve been able to see the demons that ordinary people can’t. Your parents abandoned you. You were taken in by an orphanage run by the church, where you met a kind man. He became your foster father and you began to live with him in the countryside.

Seventeen years later, you find a mysterious book in the basement. It’s filled with strange letters and the last page is gone. You decide to leave it alone.

That night, demons appear and attack you and your father. Your father fights back, but he’s no match for the evil creatures. In that moment, three men in black uniforms show up and save you. The demons kidnap your father and disappear.

The three men introduce themselves as exorcists, all members of the Crusaders of the Rose. They take you to the church, where the bishop suggests that you become an exorcist and utilize your ability to see demons. The bishop says, “If you help us, we’ll help you find your father.”
In order to find your father, you decide to become an exorcist and team up with three mysterious guys.

Will you find your father?
What’s the secret behind that mysterious book?
Who are these guys, and why did they become exorcists?

■■Characters■■
◆The cool exorcist—Gilbert
A cool and composed exorcist. He rarely shows his emotions and maintains a professional outlook toward his job, but sometimes he reveals a shy smile.

◆The brave exorcist-Brand
A rough and manly young man with a lot of emotional baggage. He can be brusque, but passionate when you get to know him.

◆The mysterious exorcist-Ariel
An enigmatic member of the order who was sent from the upper echelons. His seemingly-innocent actions often leave you confused and embarrassed. Always has a smile on his face. 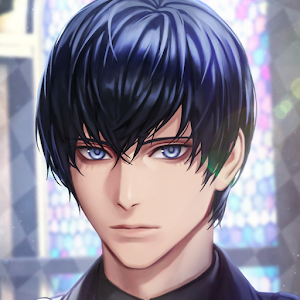