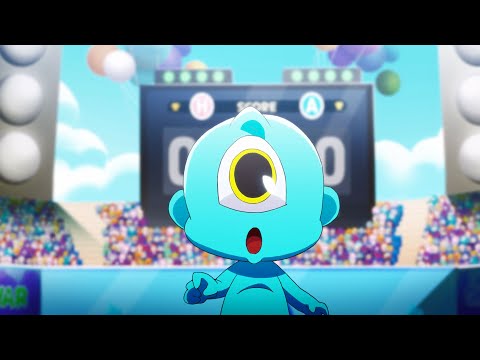 Strategy PvP The Haunted House
4.8
*****
GHOST WAR is on pre-launch step. The game will be available to play until 21st, July. After closing the server in 21st, the game will be officially released in 29th, July.
■Since this game is a beta version, there could be bugs or glitches, or maybe some frustrating experiences. Please report us if you have any difficulties while playing. We really need your feedbacks to improve the game.
■A certain amount of updates, hot-fixes could happen to maintain the game.
■In-app purchase is disabled in this version – this means you can buy everything for free.
■Anyone who played GHOST WAR in pre-launch step will get special rewards when the game is officially launched.
■The data will be reset after pre-launch session is over.

*****
It’s time to step on a stadium and fight with ghosts.
Create your own ghost combinations with various traits to destroy your opponent’s ghost towers and earn Trophies, win trophy rewards and aim for the top player. Be a friend with around the world users and let everyone knows your name.
Let your squad conquer the stadium!


START YOUR OWN STRATEGY WITH FINGERTIP
Super easy, super fun! GHOST WAR is all about casual, only you need to play is a single fingertip! (Or stylus pen…yup.) It’s easy to start, but soon you can find there are deeper tactics to try!

NEW GHOSTS, NEW SKILLS, NEW TACTICS
In GHOST WAR, you should find a way to use your ghosts and skills efficiently. Always open your eyes on better choices and tactics to win!

BECOME THE BEST PLAYER IN THE WORLD
Compete in the global player pool to prove you’re the best! As you get higher trophy score, opponents will be tougher. Achieve victory to let them know you’re the greatest!


Game features
■ Easy-to-play strategy: Show your strategy with single fingertip
■ Compete with players from all around of the world to prove you’re the best
■ Earn trophies for better rewards - The tougher the opponent is, the higher point you’ll get
■ Keep the friendly towers and destroy the opponents, get the soul point to earn capsules
■ Open capsules to collect & upgrade the ghosts, Gather them and build your best squad
■ Turn the tide of battlefield with powerful skills
■ All ghosts have their own traits. Think and place them carefully and utilize them properly is the key to win.
■ Various stadiums are ready to be played. Raise your level and unlock the battlefield
----