After years of studying, you managed to get into the renowned Leonidas University. You selected this school knowing the prestige would help you secure a solid career in business after graduation. Just as important, the university has a club even better than a sorority – it’s home to the esteemed Versailles Executive Club! With the connections you’ll be able to make, you’re sure you’ll be able to land a very lucrative career…or will you?

Some jerk who probably paid his way in managed to usurp your position as the top student! Your childhood friend Alek secures you entry into the Versailles Executive Club somehow, but how long will that last when the club dues are so astronomical?! To top things off, you make some powerful enemies on your first day, enemies that have a lot of money and a lot of sway, including the sharp Nicolas Delacroix. He manages to get dirt on you and you’ve no choice but to do as he says. Blackmail?!

When you’re forced to make some tough choices, choices that can change your life forever, who will be by your side? Will Nicolas ever stop tormenting you? And will you ever be able to achieve your dream?

At the top of the social elite, Nicolas is a calculating, arrogant man. His family is among the world’s most prominent and he’s been groomed to inherit the family fortune. He’s powerful and attractive – and he knows it. As such, he’s got a great poker face and keeps everyone at a distance. After all, we all want something, don’t we? And Nicolas…he certainly isn’t afraid to go for what he wants. Could that be you?

Liam is the flirtatious son of two prominent doctors. He feels immense pressure to follow in their footsteps but there’s a problem. Liam doesn’t want to become a doctor. He’s much more interested in artistic expression and music. In fact, he’s the lead guitarist of the insanely popular band, Crows at Dawn. He’s often spotted chatting with the ladies and he takes a particular interest in you. Wallflowers deserve a little bit of sunshine too, don’t they?

Alek has been your best friend for years, since before your family went bankrupt. He knows everything about you, from your favorite coffee to your favorite book. As a famous actor, he’s pretty popular at Leonidas University and he managed to get you into the Versailles Executive Club. You didn’t know how to respond to his confession a couple months ago, but he agreed to let you think it over. What do you think you should say? 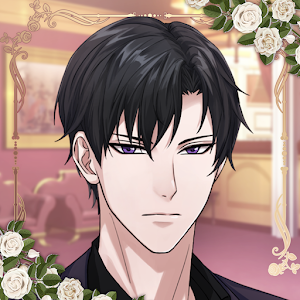