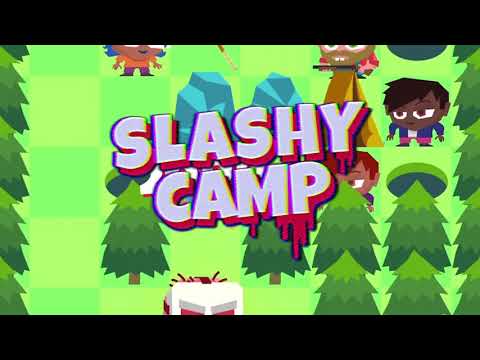 Action Horror Strategy Arcade Gore
3.1
"They thought camp would be fun. But it wasn't. Because they're dead."

Hunt down your camper victims and rack up a monster score while playing as SkullFace, the masked 1980s horror movie slasher hell-bent on revenge. Gain XP for each murderlicious run and unlock new iconic slashers, crazy new weapons and goretastic mini-games.

Gameplay Features
• A fun, casual, endless runner slaughterfest! Swipe in any direction and move SkullFace one square at a time to hunt down campers and rack up kills.
• Tons of traps! Avoid the campfires, bottomless lakes, spike traps, and landmines—or, scare the campers into them for ultimate bonus points!
• Level Up! Gain XP and reach new levels to unlock awesome new slasher movie icons like the Wolfman, Vampire, Slime Monster, and Fishman.
• Weapons Galore! Collect tons of murderlicious weaponry from the Chainsaw to the Golden Machete to the Tuna Fish. Once unlocked, each weapon can be found on a run and used to eviscerate campers in a mini-game for ultimate bonus points!
• Use your noodle to discover new strategies and puzzle out the best ways to disembowel your victims for maximum points... or just shut off your brain entirely and smash through everything that bleeds like a wild homicidal beast.