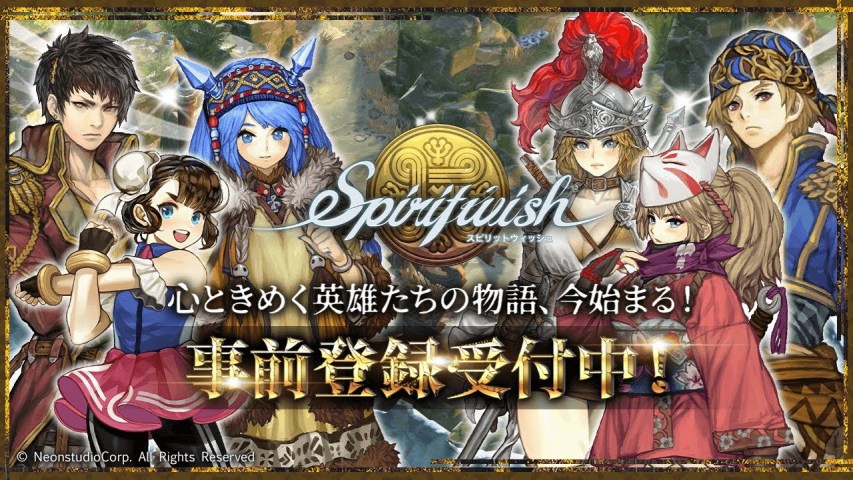 Spiritwish is an MMORPG developed by Neonstudio for mobile.
▣ An MMORPG in which you can raise up to 3 characters simultaneously in this adorable retro style world!
▣ Live This Epic Tale of Heroes Becoming Legends!
Join a rag-tag band of heroes as they follow in the footsteps of the Three Gods, battle for control of an ancient power, and defend the land of Kaleva against a looming evil!
▣ Adventure with a Memorable Cast of Heroes!
A vast continent full of colorful characters!
Mix and match party members with unique skills and specialties to explore the world of Spirit Wish your way!
▣ Tackle Exciting and Original Missions!
Daily Dungeons hold vital materials—but you'll have to fight for them!
Test your luck in the Daily Dungeon for tons of fun and incredible rewards!
▣ Enter the Onkalo Dungeon, a Nine-Character Challenge!
The Onkalo Dungeon is an endless labyrinth!
Form a team of nine characters and see how far you get!
▣ Gather a Party and Take On Co-Op Raids!
It's dangerous to go alone! Group up and push your skills to the limit!
Assemble a party and challenge a variety of missions at different difficulty levels!
▣ Create Your Own Combat Strategies!
Tacticians wanted! Dozens of character combinations mean tons of complex strategies!
Build your own team and craft the ultimate battle plan!
▣ Play and Chat One-Handed with Vertical Mode!
This easy-to-use mode allows you to play your way!
Vertical! Horizontal! Spiritwish does it all!