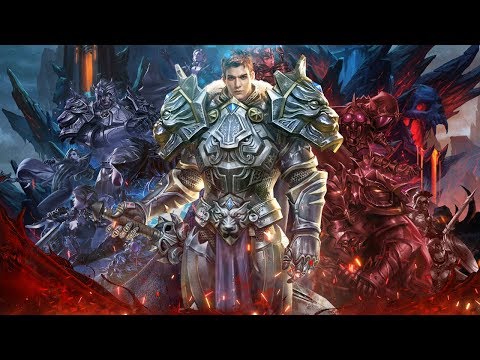 ADV Fantasy PvP RPG 3D Action MMORPG
3.8
Rise of Nowlin is a mobile RPG with classical gameplay that brings back the glory and spirit of the great MMORPGs. Combining familiar features with innovative elements, the game delivers a lot of challenges and excitements. Deep character customization, skill effects, mount collection, epic PVP/PVE gameplay, etc all within an attractive story set in the enthralling fantasy world of Nowlin. Experience an amazing adventure drawn in Western-style graphics with popular mythical creatures.

The storyline is special and makes you marvel and wonder - even every class has its own background tales. It begun where a hero inherit special blood and destined to be guardian saviour. Be a bold brave knight who will chase and face the darkness shadow of Asados. Inside these magical and panoramic surroundings, the battle between two factions - Dark and Light Legion continues.

★ Dominate the PvP Arena
Sharpen your character resilience against other players by follow the Arena. Rise of Nowlin offers both cooperative and competitive styles of war: Camp Battle, Guild Battle, or even Arena, can be chosen on your path to be the strongest.

★ Decide your Camp
The heroes are divided between the Light Camp and Dark Camp. Those camps are turned into chaos and endless confrontation. Choose one of those two camps, and prepare yourself.

★ Astonishing 3D Visual Graphics
Experience the amazing adventures in Western-style graphics sceneries by Unity 3D Engine. The beautiful 3D graphics make you feel like watching a movie. You will be immersed in the scenes with support by great sounds.

★ Choose Your Faith and Destiny
Rise of Nowlin stands out as a great new adventure, but also promise a lot of challenges and excitements. Do you want to be a great solo player, a famous gamer inside your Guild, a good-person or even a bad one? Choose the faith you want - this game provides them all!

★Great MMORPG Mobile Game Ever
As a mobile RPG, Rise of Nowlin brings you the spirit of MMORPGs. It needs to be played by hardcore and loyal gamers like you!