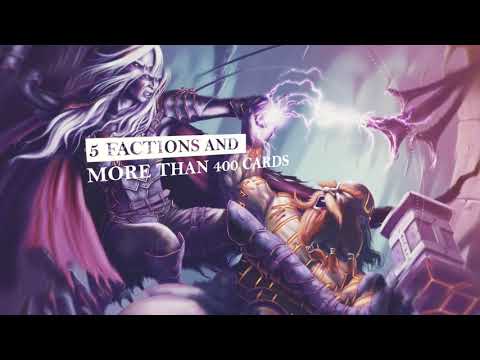 전략 카드 어드벤처 판타지 퍼즐 배틀
0.0
About [Wrecking Dawn]
Bring your creativity and enthusiasm and quickly enter Wrecking Dawn's fantasy world! Whether you are a Paladin with a bright deck or a Necromancer with an evil deck, you will compete with players from all over the world on the arena. As long as you are passionate about strategy and tactics, "Wrecking Dawn - Card of Wonder" will surely bring you an experience you have never had before.
Game Features
Unique Battlefield Setting
The game’s battlefield is designed with three-lines , your defence-line, opponent’s defence-line and the battlefront,whoever can get more control of the battlefront will obtain a greater advantage!

Unique Spell Settlement Mechanism
Unlike other card games, spells are hidden after they are used and do not take effect immediately.
You need to see through the opponent's mind and anticipate his actions, then implement effective interference and counterattacks, disrupt the opponent's planned deployment and win your own victory.

Countless Combination of Deck Building
Nearly 500 cards are at your service. As long as you give full play to your imagination, you can even build a powerful deck that is coexistent with justice and evil, and create decks with almost unlimited possibility.