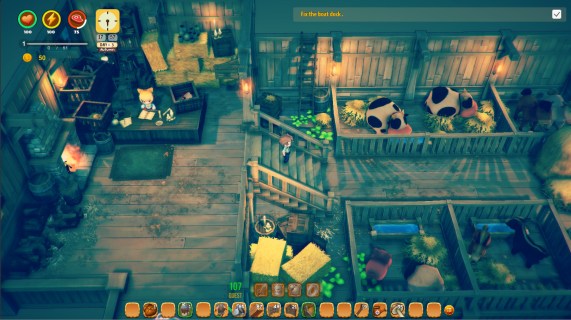 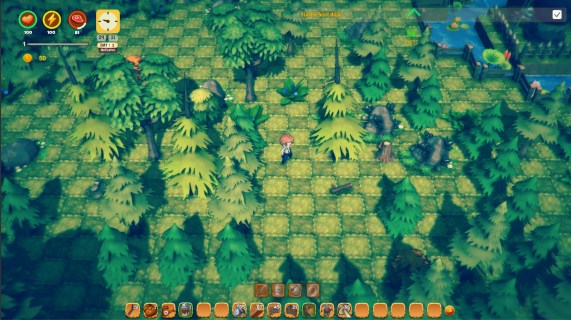 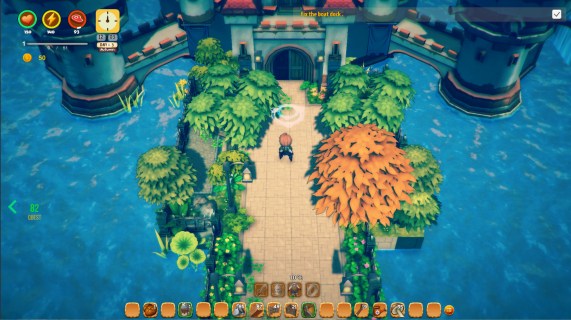 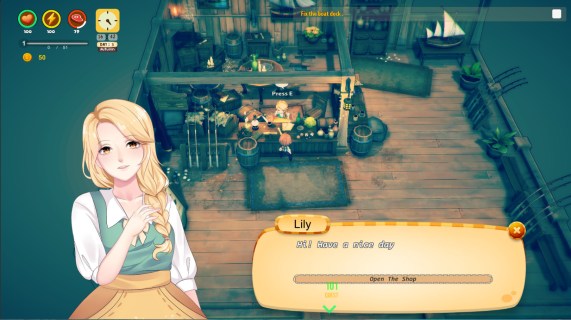 롤플레잉 시뮬레이션 어드벤처 PC
introduce
This is a Sandbox game project, the simulation farm combined with defense is inspired by "Harvest moon" and "Plant vs zombie". The gameplay of Windykingdom in the top-down perspective, Player will play a character from the future and is trying to survive in a kingdom full of women and monsters.

In the game, there are HP-stamina-hungry indicators that the character needs to ensure. But the game's difference from other farm games is defensive. Players can freely explore and exploit resources in the game, using other original resources to create machines - guns - weapons to use defenses and protect the farm. Players can freely build the farm to match the style of each player and completely unconstrained by any rules.

Story
In the past, the world of Windy Kingdom was split into two. The upper kingdom, build on foundations of prosperity, love and peace. And on the land underneath where the light of the sun couldn't reach were the darkness, chaos and death. People thought it would be that way forever, the light of prosperity above, and the dark shadow of fear and death below.

Several years later, a dark curse happens, all men in the kingdom suddenly disappeared, monsters appear everywhere and the remaining women must try to fight against the monsters, most people believed that was the end of a prosperous empire. Grabbing whatever belongings they could carry, the residents intended to flee from the kingdom. But they couldn't leave behind their kingdom. Maybe they thought that if they were close to it, near that monument of prosperity, they might rebuild it once again. Meanwhile, in another future, an archaeologist is studying the demise history of Windy kingdom, he is accidentally caught in a time portal and returns to the Windy kingdom in the past. Can he survive and change the darkness future of the Windy kingdom. It depends on you.

Gameplay
The first thing when you come the kingdom is to try to find fruit and food and then build yourself an ax or hoe and start exploiting other resources in the game.

When there is a certain amount of money from the sale of the resources you exploited, you will buy seeds and start planting crops and agricultural products. From here, you can proactively store and sell your products to get more money to upgrade your house or buy more machines to create other high-level materials in the game.

While building the garden, you will always be harassed by monsters. On the weekend there will be a day called "Blood moon" Monsters will appear and sabotage what you are trying to build on your farm. What you need to do is build guns to defend against aggressive monsters.
In addition to the main gameplay, you are also experiencing mini puzzle gameplay. This will help you never get bored when playing Windy kingdom.