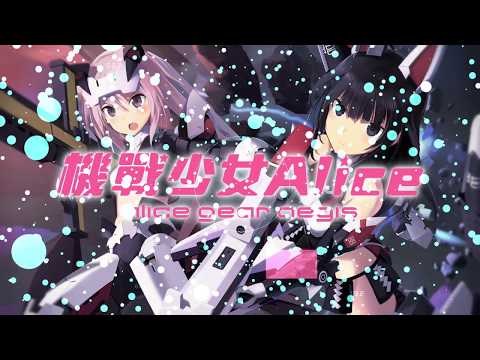 [The game server will be shut down on 22 JAN 2021. ]
This is the Chinese Version of Alice Gear Aegis
Alice Gear Aegis is a shoot’em up RPG mobile game brought to you by game developers So-Net Entertainment Taiwan. Alice Gear Aegis is set in a world where humanity is under threat by the mysterious forces known as the Weiß. As a player, your mission is to control a group of young girls equipped with technology known as Alice Gear to fend off these Weiß. You’ll have the option of customising these female soldiers while completing a variety of quests. Whether it be upgrading your weapons, analysing, increasing affection of your female soldiers. Jump right into Alice Gear Aegis and start your mission in saving humanity!