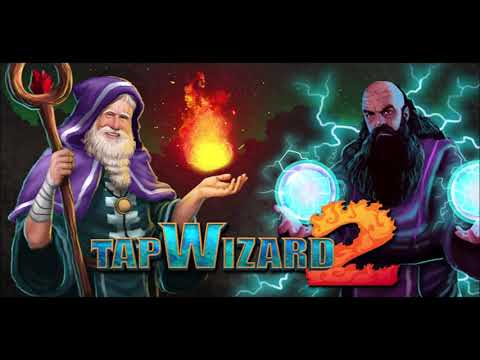 롤플레잉 방치형게임 픽셀
3.8
Tap Wizard: Idle Magic Quest Tap Wizard: Idle Magic Quest 4.6 Simple RPG - Idle Tap Adventure! Simple RPG - Idle Tap Adventure! 0.0
Tap Wizard 2 is an idle RPG developed by TopCog. This is the sequel to Tap Wizard developed by the same producer. In this game, players need to control the wizard to fight against the swarming enemies. Players can either play actively to charge different speel or let the magic do the work automatically to deal with the approaching enemies.
On a magic quest to secure the Chronosphere, the Wizard is ambushed by the Underworld Forces. Hope is lost as the Wizard takes their last breath...until the Chronosphere hums and rewinds time itself! Armed with knowledge of the assault and increased Power, the Wizard steels themselves for the next Wave!
🔮🔮🔮✨🔮🔮🔮

Tap Wizard 2 Idle Magic Quest will take you on a journey full of magical action and wonder. Wield magical skills and fight the dark forces to secure the Chronosphere. This is one of those Warrior Magician Games that will allow you to have the fun and excitement of a Fantasy Idle RPG game with thrilling challenges.

Become the magic master and wield magical skills and slay the demons that populate the dark force. Master the elements of Fire, Ice, Lightning, and Poison to destroy the foes and secure the wizarding world. If you are looking for Wizard Battle Games or Idle RPG games featuring fantasy combat between good and evil, then this Fantasy Idle Action RPG might be a great game for you!

Enter a wizarding world full of magic and action! A Blades and Sorcery battle game where you defeat the sword and blade wielding monsters on the battlefield. If you are looking for Wizard Battle Games where you master different elements and use them to destroy the monstrous force of darkness while enjoying the thrill and chill of an epic fantasy combat story, then this is a Wizard Battle game that might suit your taste.

If you are looking for magic games with wizards where you can play as a magic master on a quest to fight evil in a fantasy world full of thrills and dangers, then this game is for you.

You will get spells of Fire, Ice, Lightning, and Poison to fight and kill the enemy forces. Keep playing to incrementally increase your magical power and become a powerful wizard.

This is one of those witchcraft combat games where you get to choose from a number of cool characters with different amazing abilities.

🔮 Play actively or let the Mage do all of the work - the choice is yours!
🔮 Utilize Spells of Fire, Ice, Lightning, and Poison to crush through hordes of foes!
🔮 Tons of ways to progress, including Power, Research, Enchanting, XP, Awakenings, Eras, Totems, and More!
🔮 Awaken the Wizard to unlock game-changing abilities such as Retribution, Golden Envy, or Arcane Surge!
🔮 Level Up and unlock Spell Perks, turning your Spells into the ultimate tools of destruction!
🔮 Spend Skill Points in the massive Memory Tree!
🔮 Over 20 Different Enemy types to encounter!
🔮 Over 20 unique types of Runes to utilize!
🔮 12 Unique Totems to collect with interesting abilities!
🔮 A very active developer, community, and continual addition of new content! Your feedback is appreciated - yahoo! :-D