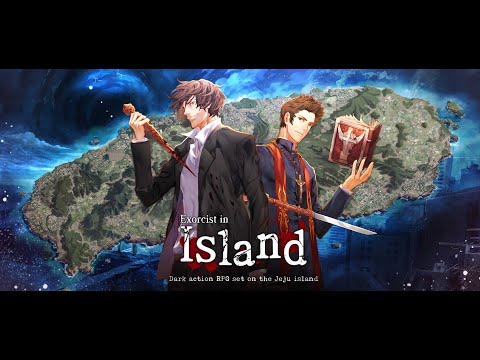 롤플레잉 액션 애니메・만화 원작
3.6
대장장이 용병단 : 합성 방치형 RPG Weapon Heroes : Infinity Forge(Idle RPG) 2.8 소드마스터 스토리 | 일본버전 Sword Master Story | Japanese 4.0 파이널페이트TD | 한국버전 Final Fate TD | Korean 3.6
Exorcist in Island is an action RPG developed by Gamepub. This game is based on the popular IP of the K-webtoon [Island]! Exorcist In Island features a deep narrative across a vast fantasy world as produced with Yang Kyung-il, the artist of "Blade of the Phantom Master" and "Sorma". The game's amazing artwork help players to sink into an Exciting Good Vs Bad Fantasy World.
The story has a strong storyline, detailed graphics created under the supervision of the story writer. It is closely based on the original story and includes a unique expansion story between eastern and western exorcists. Players will dive into a demon-infested Jeju Island, where they'll have to use their exorcist abilities to defeat the forces of evil. The game has a maximum custom potensial, players can collect and raise the characters they like, from skills to weapon and costume skins, players can decide what the characters look or do!
The game's real-like battle system help players feel like they are fight against demons with the characters~! Defeat the demons and become the true exorcist hero~! Online play is also available, players can fight alongide theri friends in real-time!
Offical facebook: https://www.facebook.com/exorcistinisland/