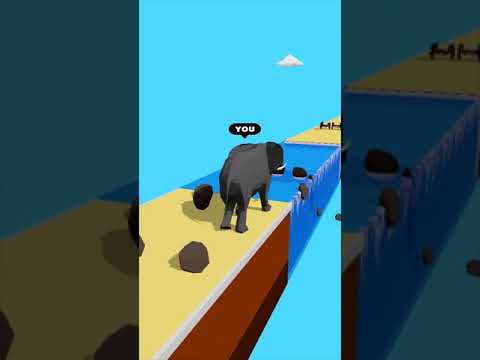 It is not only a race where you want to simply run but also the track is design in such a way that you have to transform your animal to boost the speed otherwise animal will not move fast enough.

Following are animals abilities in race:-
-> Cheetah will move fast in land.
-> Elephant will destroy obstacles that come between him.
-> Shark will move fast in water.
-> Monkey helps you to climb walls.
-> Eagle will fly fast in the air.

You will also discover many exciting obstacles after complete each level. So go ahead and defeat opponents.