Hyper Casual 액션
0.0
Baresark.io is a new different io game, it's designed with the 3D game model, the game roles and scenes are similar to real.
In the game, you are a Baresark who have a special spear as a weapon, you need to fight with other gladiators so that you can survive or to be the super gladiator of the arena.

About the game
You are a Baresark, you are born in the arena, and are ready for fighting anytime. You should fight with a special spear, which you have gotten before the game starts.
When the game starts, you need to defeat others or defense from others' attacks. The first rule is to survive, the final goal is to be the number one in the game

How to play
✅Attack other Baresarks of your strong spear.
✅Move to avoid another Baresark's attack.
✅Keep away from others spear.

Highlights
Kinds of Baresark roles for you to choose.
Varous funny spears are waiting for you.

Tips for you
Baresark too close, he may turn back with his long spear. 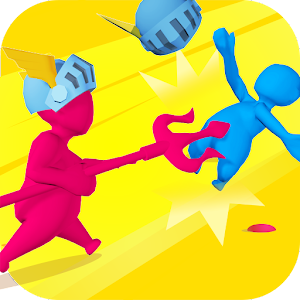