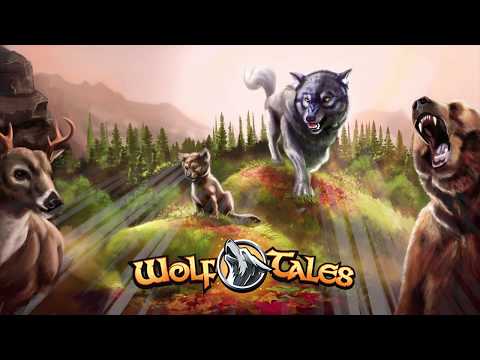 액션 어드벤처 시뮬레이션
3.9
Dino Tamers - Jurassic Riding MMO Dino Tamers - Jurassic Riding MMO 2.8 Wolf: The Evolution - 온라인 RPG Wolf: The Evolution - Online RPG 1.1
The Animal wildlands is a dangerous RPG world, where the forest animals guard their territory while hunting and surviving off the land. For centuries, the wolf packs have remained at the top of the food chain, maintaining the natural order, led by their alpha, the last remaining dire wolf. When the dire wolf goes missing, you must lead your pack to greatness. Select a gray wolf or a black wolf, and start building your ultimate wolfpack. A wild life simulation adventure awaits!

Fight for dominance in the virtual world! Take on the world in online real-time multiplayer PvP battles. Hunt together with your team in co-op and battle enemy clans to control the most territory. Will you be the hunter or the hunted?

Create your ultimate RPG hero - you can choose which skills to learn and upgrade. Unique skills range from basic MMORPG abilities to fantasy elemental attacks - and even stealth skills which allow you to hide in the forest and become the ultimate predator!

Build a family and role play! A realistic breeding sim gives cubs stronger fighting attributes compared to their parents. Take your pups out with you as you raid other clans and hunt your prey. Your pups will watch your every move, learning important survival and life skills. Trail your pup well, else they will not stand a chance in the online multiplayer PvP battle arena.

The alpha is the hero of each pack. You can duel enemy clans and recruit their alpha to your den. Collect wolves, foxes, bears and other wild animals, each with realistic and fantasy evolution skins. Each creature is rendered in stunning 3D graphics.

LIVE THE STORY OF A WOLF CLAN

A true survival simulator. When nature’s balance is threatened as the Great River has become contaminated, competition between the animals over the remaining spring water has begun. Even foreign tigers have been spotted far outside of their borders, causing concern amongst the rest of the animals.

There have also been rumours of ancient reptiles, rising to the surface from centuries of slumber, claiming the mountains and caves as their own. The gray wolves are now called upon to craft a solution in these troubled times.

Explore a huge, unbroken open MMO world teeming with wild life, from the dense forest, mountains to the freezing arctic. You can fight in online multiplayer PvP areas, tackle quests, role play, gather resources or raid enemy clans and take over their home. You might even encounter the tiger king on your adventure (a superior evolution of the natural tiger), who has been spotted in the forest for the first time in centuries!

Experience never before seen 3D graphics quality in a wildlife simulation MMO, with dynamic lighting and time of day cycles which bring the virtual world to life! Start your day at the mountain peaks, watching the sunrise with your pack before embarking on your adventure for survival and territory dominance.

Craft a home! Dig tunnels and secret passageways to expand your virtual family. Craft the best environment for your cubs, and raise a family to tackle the strongest predators in the forest. The realistic breeding simulator allows you to breed your animals and watch them grow to adults in real time.

MORE THAN JUST A SIMULATOR

Foxie Ventures would like to welcome you to the Wolf Tales MMORPG family! We will be adding lots of new content, from an arctic world, to more skins and new quests. Soon you will also be able to play as a fox, cougar, tiger and more! Download free today!

Wolf Tales is completely free to play but some optional in-game items may require payment.