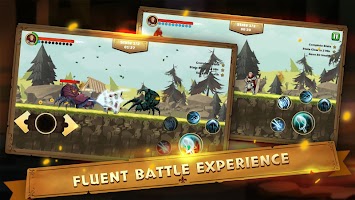 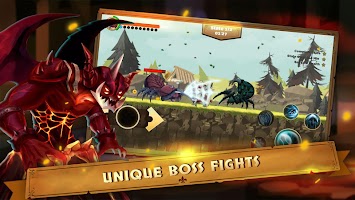 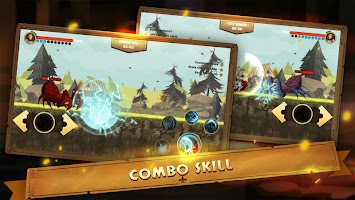 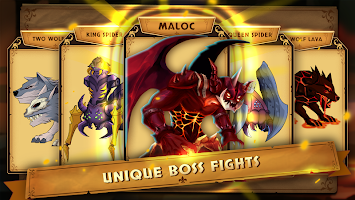 롤플레잉 어드벤처 액션
0.0
"Once upon a time, long before the earth was still alive, Eza, a god who created the source of life, Guardian Knight Z protected nature from the forces of darkness.
Unable to bear the peace, Maloc, the dark lord, led the monsters to attack Eza in order to gain her power, Eza was defeated ...

Eza uses all of his last power, creating 5 stones that contain his power and hiding it, the legend says that the person with the mission will find these 5 stones.
Eza's power and defeat Maloc..and Maloc dominates, the era of darkness begins here .....

Zeca a smart, brave boy, growing up he became a knight, went to protect the weak, he carried in his mission to find 5 magic stones And the journey Zeca's process begins.

In the game, players will lead Zeca to find the answer, the only way to survive is to destroy the monsters in the way, collect weapons and skills to become stronger.

Guardian Knight Z is an action role-playing game (ARPG) genre. You will be equipped with a series of deadly weapons and protective armor, creating an invincible character.


* How to play:
Starting the journey, you must control Zeca to destroy the monsters along the way, they are infinite due to proliferation very fast, not only that you have to fight the bosses with
Very strong damage and dangerous skills

*Graphics:
Graphics are set from ancient times combined with the content to create a fascinating story, combined with the spectacular effects from skill combo will make you overwhelmed right from the first time.
experience

* Skill
In addition to fighting often with combos, the main skill points are also equipped with 3 combos for each skill, the flexible skill points system should be suitable for each way of playing each person,
Special skill combos will show your fighting ability! 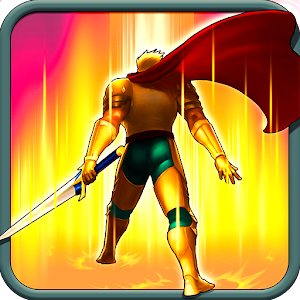