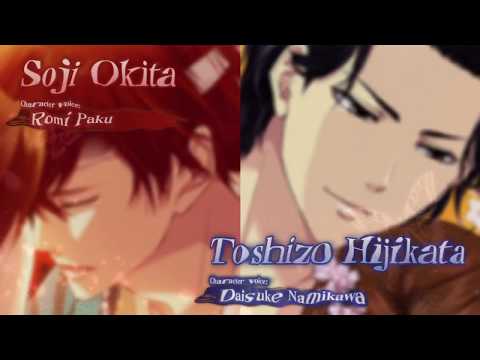 악몽 하렘 | 글로벌버전 Nightmare Harem: Free Otome Games English 4.7
The stage is set in Japan,
near the end of the shogunate era (the end of the Edo era).

❖Strong points
✦Read 5 episodes(chapters) every day for FREE!
✦You can get more hearts by just watching ads!
✦Unlike other otome games(choice game), this one has no missions/checkpoints!
✦You can read the whole story without recurring to in-app purchases!
✦Choices you make don't affect the ending.
✦Great ikemen cgs.
✦You can re-read the stories anytime.

On a school excursion to Kyoto,
a freak encounter sends you slipping through time to
the end of the shogunate era.

You find yourself living in the red-light district known as Shimabara in Kyoto,
and meet handsome men,
patriots who represent this age such as the Shinsengumi,
Yoshinobu Tokugawa, Ryoma Sakamoto... and you find true love,
one that is worth risking your life for.


❖Here are the handsome guys you can choose from!

♥Ryoma Sakamoto
Character voice: Kappei Yamaguchi
With a cheerful and unaffected personality,
he was known as the "hero of the Restoration".


❖Warning
✦Uninstalling the app or clearing the cache will reset player data.
✦This game will not work offline. Make sure you have an internet connection when you play.
✦Update your device's software to version 5.0 or later to play.