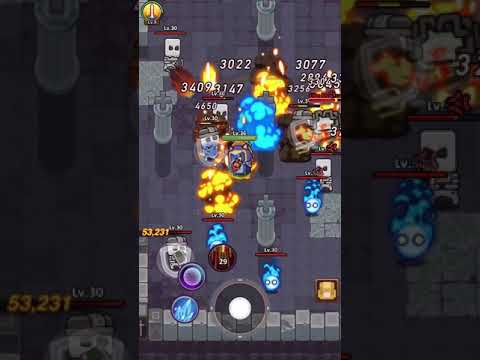 전략 가와이 고양이 어드벤처 캐주얼 액션 롤플레잉
1.9
WORLD VIEW
An altar event in Cat Town, Shadow Seam robbed the sage stone from the altar. Ranger Robin chased and fought with him. In the battle, the energy of the sage stone violently smashed and shattered. The debris of the sage stone was lost in every corner of the world, So the monsters lost control. In order to protect their homes and families, the heroes in Cat Town need to embark on the journey of cleaning up the monsters and stopping his conspiracy.
In the world of alchemy, you become cat adventurers of all kinds of vocations. To travel and take a risk in this mysterious and dangerous world of alchemy again and again, you need to collect and build different weapons, then become a cat which is most powerful to defeat all kinds of monsters.

GAME FEATURES
Cat Alchemist is a role-playing game and a roguelike game. The art style is gorgeous and lovely so that it can create a relaxed and casual atmosphere. Players will play a cat that it is the favorite pet of contemporary young people. You will fight in this alchemy world which is dangerous and adventurous. At the same time, Cat Alchemist is a game which is adopted the vertical screen and you can use only one hand to play easily.

VOCATION
In Cat Alchemist, we have 9 cats right now, including warriors, archer and mage and so on. At the meantime, each character has 3 independent skills. Of cause, you can build weapons by using elemental spheres. It makes the game extremely strategic and playable.

ROGUELIKE MAP AND LEVEL
There are 6 areas in Cat Alchemist, including more than 100 monsters. Of cause, the maps are roguelike. In order to challenge all kinds of monsters to get rare materials and become the strongest cat.

ALCHEMY
High degree of freedom and strategically weapon system. Players can composite their weapon by using spheres as their wish. There are 36 elemental spheres with different attributes, and they have 1000 ways to match. Players can create the strongest combination. It depends on what they love in the different levels.