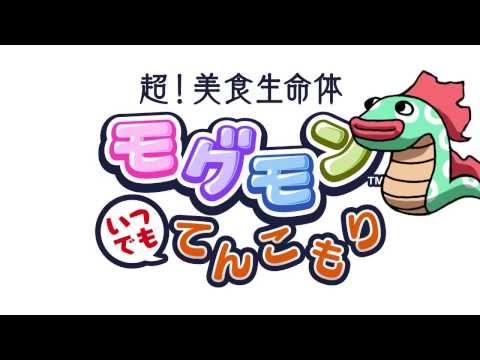 육성 가와이 캐주얼 시뮬레이션
0.0
Mushroom Garden Deluxe Kyoku なめこ栽培キットDeluxe 極 4.7 Ganso Mushroom Garden Ganso Mushroom Garden 4.6 なめこ栽培キット ザ・ワールド なめこ栽培キット ザ・ワールド 4.5 나메꼬노소 | 일본버전 Nameko no Su | Japanese 4.3
Super Gourmet Creature Mogumon is a mobile casual breeding simulation game.
Yummy Breeding Game is here again.
When you discovered the egg again, your gourmet life with Mogumon starts again!
This is all free app!
*What is Gourmet Creature Mogumon?
“Mogumon” is a living creature that loves yummy dishes. They are good at finding the foodstuff and sometimes called as “Gourmet Creature”.
Players send out Mogumons to the journey to find foodstuff and buy the dishes at the deli with the money they get by selling the collected foodstuff. Mogumon evolves and lays egg as they eat. Their evolution changes depending on what they eat.
Let's feed many dishes and breed many Mogumons!
Enhanced by "Super" features!
*Those Gourmet Creature Mogumons come Back!!
"Mogumon" is the living creature that loves yummy foods and evolves depending on what they eat.
Their evolution had changed and new kinds were found!
*The Map is Extended!
Mogumon is good at finding food and they pick up some food when they are sent out to the destination.
In the extended map the collectable food also increased!
Also, players can pick up stuffs such as "tenkasu" while Mogumon is on its way.
*Some events is scheduled to be held at Auntie's Deli
(first Event is around July)
"Deli" that satisfies Mogumon's stomach has also enhanced!
It now has large variety of dishes, from Japanese home-style dishes to world's minor dish such as 'Sope de Ajo', and from traditional dishes to the seasonal dishes.
Also, Special Event is now planned to be released around July.
Dishes can be made, Mogumons are added, etc!
*BGMs make the journey more fun!
How about having some BGM while Mogumon is sent out.
You can choose from 5 musics depending on your feeling.
Please enjoy the delicious breeding.
[Contact us from Here]
http://www.mogumon.com/en/contact/user/
****Official Facebook****
http://www.facebook.com/beeworksgames.en