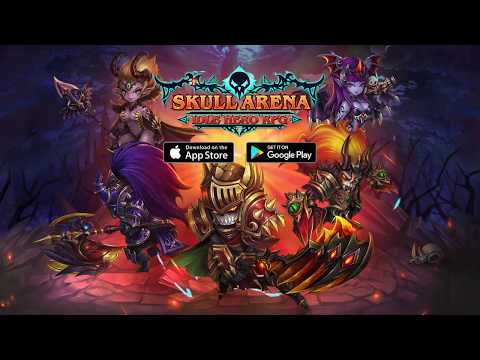 Master Breeze, the Dark Necromancer, traveled to the fallen battlefields where he revived lost heroes including Knight-Commander Rachael. Leading the vanguard, Rachael defeated many monsters but the fight drained too much of Master Breeze's power. As he slowly faded into the ether, he reached out to you and said "Do not let my efforts go to waste. Continue the fight...".

Rachael continues to follow your lead but the current forces will not be able to defeat the dragons. Gather more undead heroes such as Cleopatra, Lycan, Magan to prepare for war.

【GAME FEATURES】
HEROIC IDLE ADVENTURE
- Summon the mightiest undead heroes
- Form a team of 6 to defeat epic bosses
- The battle continues while you are AFK
- Over 5,000+ stages to conquer