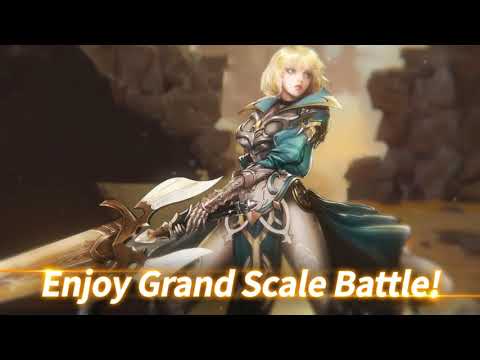 Strategy Idle
4.0
Commander, it is time to defeat evil enemies! Build your own legion with dozens of units in tactical formations! Recruit heroes with special skills to lead battalions! You can collect rewards and armies even if not engaging it!

[Exciting & Genuine Legion Battle]
Organize your legion to stand against the evil. Want to wipe out enemies with the bullet shower? Or build up impregnable defenses? It is all your choice. Also do not forget to dominate the battlefield by using ultimate skills of heroes!

[Simple Battle, Thousands of Strategies]
Rules are simple and intuitive, but unbelievable numbers of strategies can be derived. Collect dozens of unique soldiers, heroes from 5 factions and relics to assemble your own powerful legion! Every decision you make about where to deploy the squad and which hero will lead the battalion are crucial!

[Various Challenges of Enemies]
Win the hundreds of enemy legions by defeating thousands of battalions! Reinforce and evolve your legion to face the challenges. Your enemy's strength and strategy intensified while your victories taken place. Enjoy the interesting and intense tactical battle!

[Duel Players with Strategies]
Prove your power by dueling other player’s legion in the sandstorm-raging battleground, rewards are waiting for you! Battalions of effective formation can beat the legions of higher combat power!

[Auto Combat for Comfort]
Just let your legion get into the battle and be rewarded! Enjoy the growth of battalions and units even if you are hard-pressed for time.