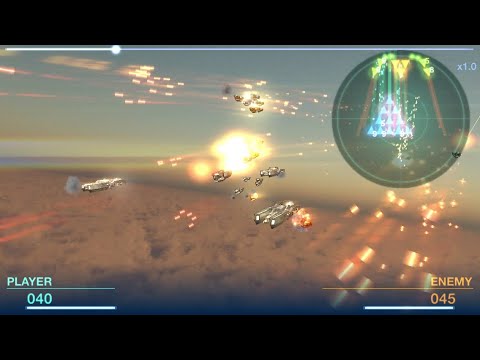 "The Sky Fleet Chronicle" is a fleet strategy game that combines command method + real-time combat.
The player directs fleet formation and missile attack with a simple command and aims to destroy the enemy fleet.
The battle situation changes in real time, and you can enjoy a full-fledged fleet battle in which the player's judgments determine the outcome.

[Building a battleship]
Sarubage and restoration of parts of the Air Battleship, a legacy of the Old Century,
Players can combine them to build a new battleship.
Battle system
Adopts a fleet command system by a simple command method that anyone can enjoy easily.
You can play a powerful battle between airships simply by selecting commands such as formation, movement and missiles.
The battle takes about 3 minutes, so you can easily play in open spaces such as commuting and attending school.

[Formation system]
Players can freely incorporate the built airship into their fleet.
The outcome depends on how you arrange the airships.
In addition, you can get various formations by capturing the game.