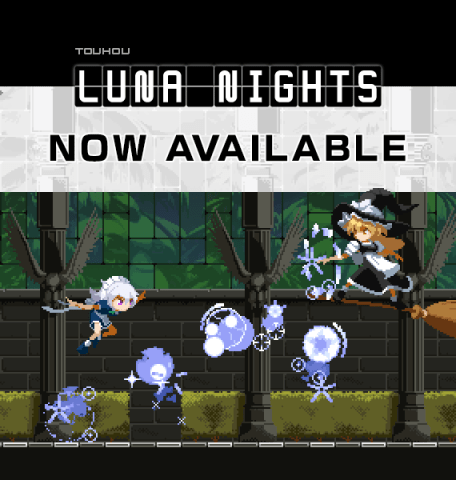 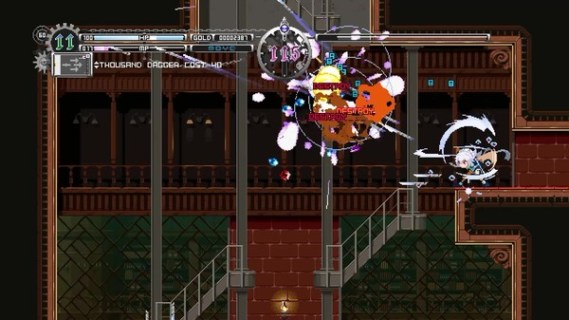 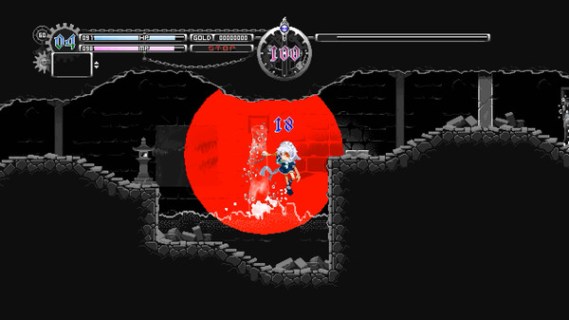 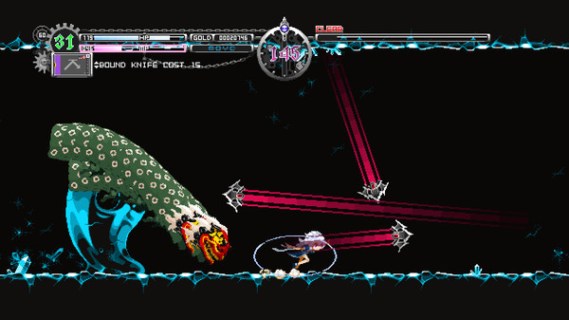 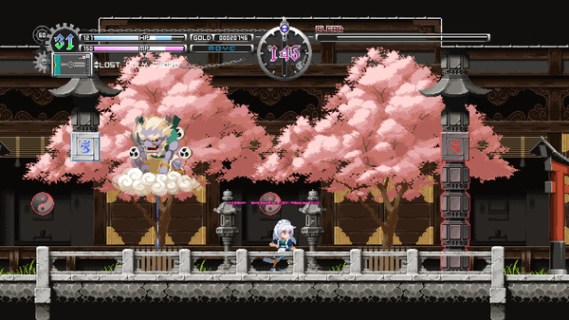 The vampire from the Scarlet Devil Mansion ,"Remilia Scarlet,"
suddenly sends her maid, "Sakuya Izayoi" to a parallel universe
similar to Gensokyo.

A strange world, strange youkai, and unable to use the power to manipulate time.
What is Remilia up to……?

What's special about this game
・Time stop system from character's Ability and Gimmick maps that use special abilities like time stop.

・Adapt the "graze" system of the Touhou Project into a 2D game, giving you a sense of tension in approaching to the enemy.

・Graphics that bring out the appeal of Touhou world, such as attractive dot Graphics.

A word from the publisher
Team Ladybug began with "Pharaoh Rebirth," continuing with other enjoyable games including
"Resurrection of Beldia" and "Shin Megami Tensei SYNCHRONICITY PROLOGUE."
Since, I have been waiting in anticipation for their next project.

This time, they have created a fan fiction game based off the world-renowned "Touhou Project."
From the background to the character's movements and various skills,
one can feel the creator's passion for games and love of the Touhou project.

While it is a 2D search game similar to Castlevania, the game can easily progress without
the insistence of repeat elements or collecting items. This has resulted in a spectacular game
born from the game production skills cultivated by Team Ladybug.

And I personally want to highlight the beauty of the anime sprite.
You can see the attention to detail the creator put into not only the leading character's movements,
but the effects and enemy characters.

Touhou Luna Night's is not only for Touhou fans but one that can be enjoyed by anyone who loves 2D action games.