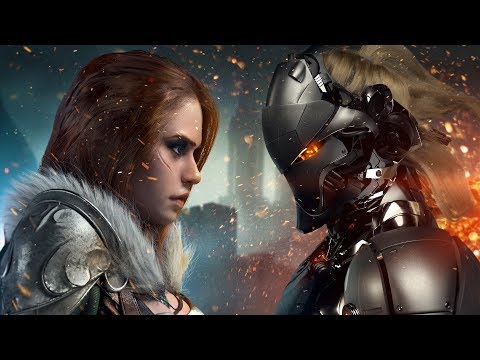 Strategy Card Action RPG
2.6
Unleash your internal warrior in fights controlled by decks of cards! Fighting game never was so easy-to-start but so deep in tactics. Plan your fight with setup of card deck and win over those who rely only on rough force and luck!

FIGHT REAL PLAYER VERSUS PLAYER COMBAT
You will fight one-to-one against warriors from all around the world! To crush them, you need to learn combos of strikes and think tactically. Don’t let them trap you into corner, but slash them to death instead!

JOURNEY THROUGH SIX DIFFERENT REALMS
Travel through different dimensions in the search of terrible Damon to revenge him for infinite deaths you suffer along the way. Fight on the ice of Viking river, in the shadows of dead Dragon’s bones, in the hell of Inferno, and even in a strange Cyber world.

COMPILE THE DECKS OF STRIKES AND MOVES
Outcome of your fights rely on cards, and each of them represents strike, block or another move, so choose them wisely! Look for card upgrades and experiment with deck, weapon and armor combinations – sometimes one heavy hit will decide it all, but sometimes the rain of light strike will overwhelm your opponent!

COLLECT WEAPONS AND ARMOR SETS
Make your choice between long sword, sword and shield, or great weapon! Dress yourself in the best armor you could find. And whatever you choose, enhance your weapon and armor and look for more powerful ones in other realms!