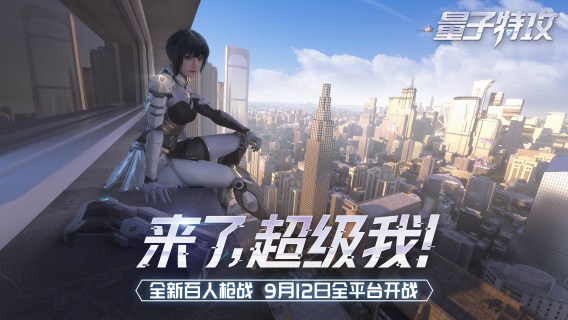 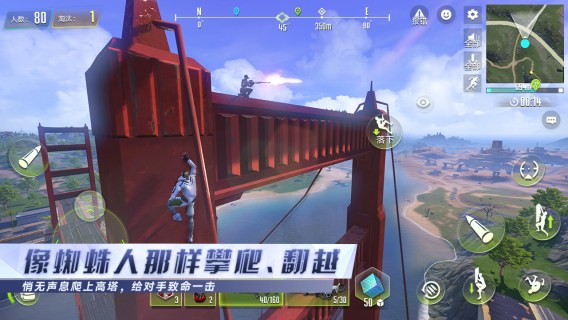 Due to the expiration of the partnership period for this game, it has been removed at the request of the developer. For subsequent updates, please visit the link below.
https://lz.163.com/
——————————————————
Cyber Hunter launches today.
The Lite game client is only half the size of the normal version, and is more suited to low-end mobile phones with small storage to help run Cyber Hunter more smoothly.
The Lite version and the normal version share the same character data, maps and even the same features. Wanderers, you can log in on both versions using the same account.
We look forward to your participation!

An Open Letter to All Wanderers

Dear Wanderer,
Welcome.
We are the Cyber Hunter development team. First of all, please allow us to introduce our game.
Cyber Hunter is a next-generation, competitive sandbox mobile game. It's packed with a host of different elements, including survival, shooting, exploration, skills and much more, even including parkour! In short, it's a brand new gaming experience. The game tells the story of our future, after brain-computer interfacing technology has become highly advanced and human civilization has experienced another evolutionary leap, during which, great events have begun to unfold. Justice faces off against evil. The old stands against the new. And forces of conservatism clash with radicalism.
In this virtual world, all our heroes and heroines have acquired a “super power” through the help of quantum droids – the ability to turn quantum cube energy into any tactical support device they need. From Optical Camouflage to Quantum Barriers, from a detector that alerts you of approaching enemies, to a medical instrument that heals squad mates; anything and everything can be built, by you, and that's not all. You can choose whatever skills you think will help your strategy the most in any battle.
We've even created a vertical combat concept. With parkour features including climbing, gliding, and rolling, players can experience vertical battles on a variety of terrain, including mountains, swamps and deserts. In this game, the arena that hosts your battles are not just a huge, flat map, but a world where you can fly in the sky and move underground. We have also created a number of exploration points scattered throughout the world. Here, you can explore temples in the desert with a chance of finding E-Cores to unlock new skills and weapons. Amid mounds of destroyed robots, you can also find gloves that greatly increase your climbing speed.
We hope that Cyber Hunter can bring you a new way to enjoy gaming and that you'll love taking part in the sandbox competitions it offers. The game still has room to improve, however, if you experience overheating, slowdowns, occasional rebooting or updates to your device during the game, we would like to apologize in advance and ask for your understanding.Thank you!

Features:
-- Vivid characters with verisimilar faces –
With next-generation face shaping art and over a hundred cosmetic designs, distinct and vivid heroes can be created

-- Special skills and tactics –
Plenty of tactical skills, such as optical camouflage, quantum barriers, invisible force fields, fire support. You can formulate your own tactical system

-- Take to the skies to search for what you need. Become a parkour expert and knock your enemies out in style –
Glide in the sky, dive into a deep sea, climb and roll, there are lots of parkour moves available to use during fast-paced free combat.

-- Explore and fight in a sandbox world –
All terrain is open to explore freely, including 100-meter-high water falls, desert temples, and swampy relics. You’ll find lots of weapons in this world.