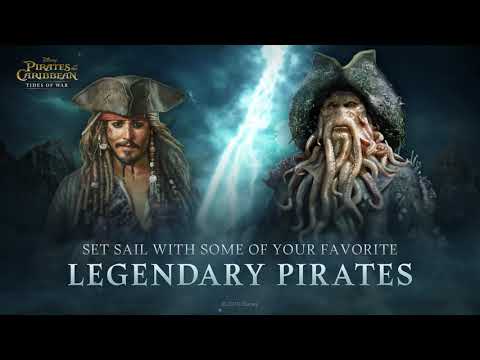 Pirates of the Caribbean: ToW

Pirates of the Caribbean: ToW

Strategy Simulation
4.3
Game of Dice Game of Dice 3.7 Gunship Battle Crypto Conflict Gunship Battle Crypto Conflict 4.4 BLESS MOBILE | Global BLESS MOBILE | Global 3.2
Launch your pirate's dreams of fearsome fleets and plundered treasure in Pirates of the Caribbean: Tides of War. In this real-time strategy game, you will fight alongside legendary captains to take control of the sea.Build your pirate base and recruit notorious marauders for your battle against supernatural creatures and warring pirates.

Join the Caribbean adventure now and get ready to rule the sea!

FORM ALLIANCES AND DOMINATE THE SEA
✔ Dominate the sea by forming alliances with pirate captains from all around the world!
✔ Strategize with other captains and map out your alliance’s rule over the sea.
✔ Plunder your enemies to become the one and only PIRATE CAPTAIN of the Caribbean.

Download now to start your Pirates of the Caribbean adventure!

◆Access Authorizations in JOYCITY Games
1. Access to Photos, Media, and Files (READ_EXTERNAL_STORAGE, WRITE_EXTERNAL_STORAGE)
(When game updating) We need your permission to save the update files onto your device's SD card. [Pictures, Media, File Access] includes the authority to access SD card. If you refuse the request, you will be unable to login.

[Android 6.0 or Above]
Device Settings > Applications > Select the App > Permissions

* The terms used above may vary depending on devices or OS versions.

[Note]
The App without required access may result in failure to enter the game or cause resource failure. Pirates of the Caribbean: ToW 加勒比海盜: 戰爭之潮 will be installed on your device. JOYCITY Corp.
Download via QooApp