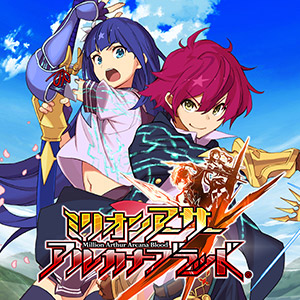 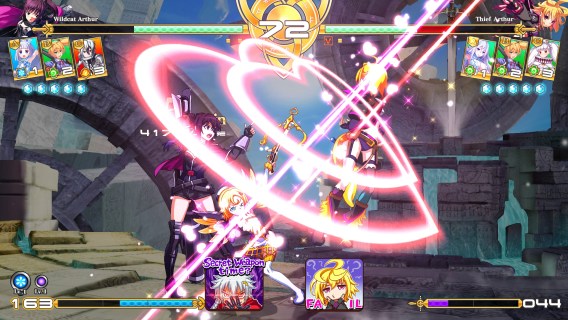 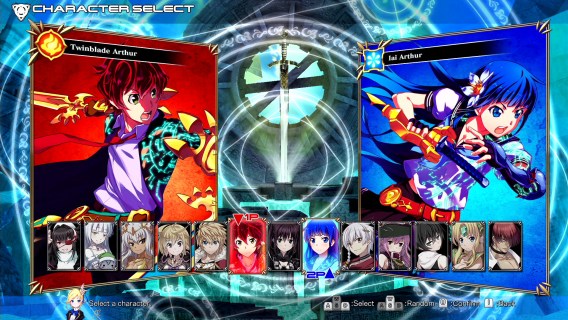 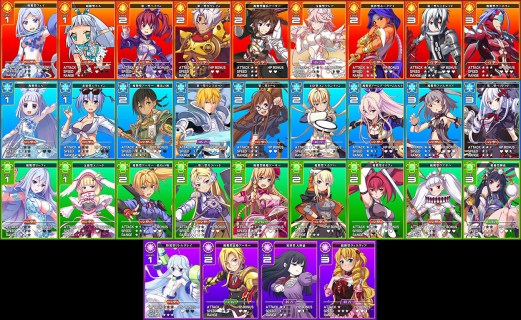 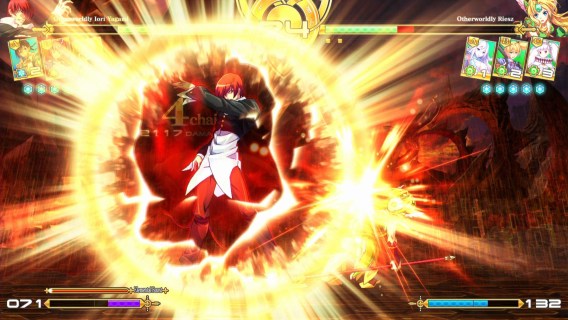 
This smash-hit game series is set in the world of "Britain," home to a million King Arthurs and a million Excaliburs. The Arthurs each strive to become the one true king, wielding the power of the knights and the faeries of antiquity. They fight to unite a Britain where civil wars are a common occurence and to protect from outside threats.

Million Arthur: Arcana Blood features a variety of guest fighters including ’Otherworldly Riesz’ from “Trials of Mana”, ’Otherworldly Koume Sakiyama’ from “LORD of VERMILION IV and ‘Otherworldly Iori Yagami” from “THE KING OF FIGHTERS XIV” as well as the popular characters from the Million Arthur franchise.

Control any one of 13 playable characters, plus a team of three support characters chosen from a selection of 31, enabling you to craft your own unique battle style!

KEY FEATURES:
・Includes all the game modes you would expect from a AAA fighting game: Original Story Mode, Training Mode and Online Versus Mode.
・Enjoy online competitions the way you like them! Lobby matches support up to 6 players at a time and ranked matches ensure you’re taking on opponents of a comparable skill level.
・Featuring an amazing story overseen by Kazuma Kamachi, with an opening theme song sung by KOTOKO and game music produced by renowned composer, Yoko Shimomura.