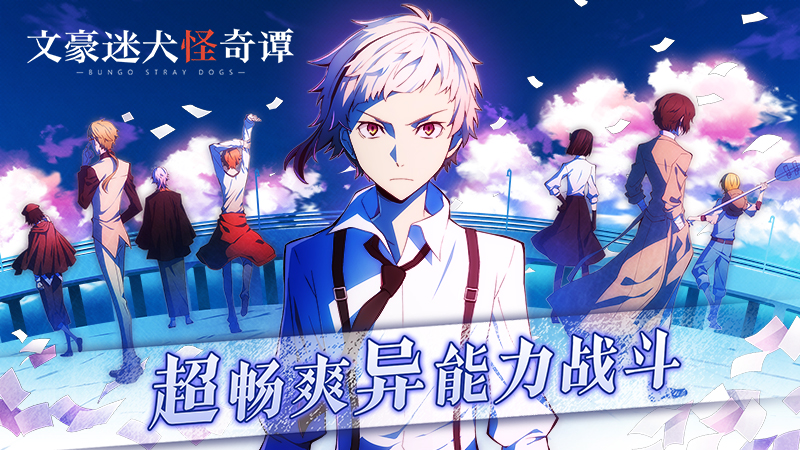 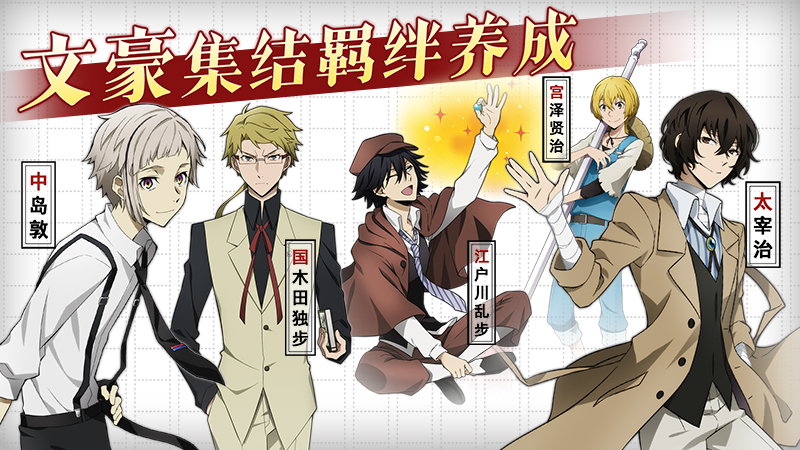 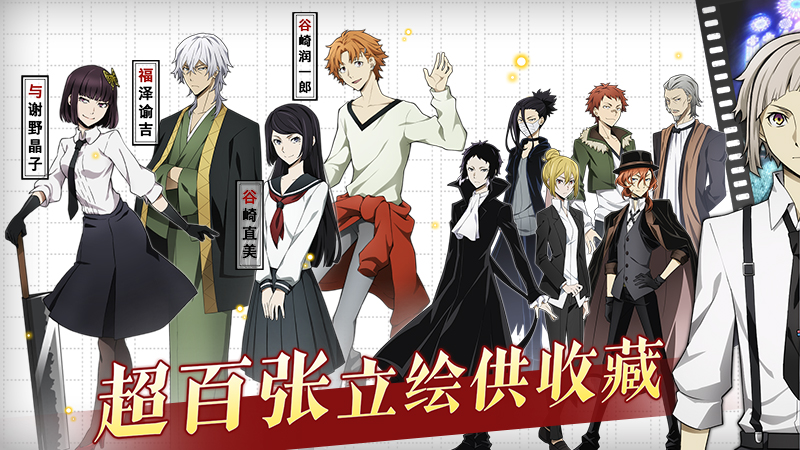 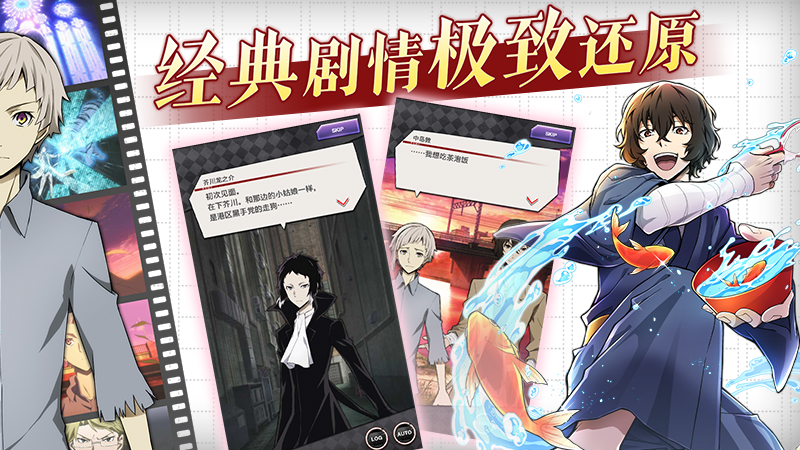 Take part in the mysterious literary battles of the Armed Detective Agency!

Based of the popular anime series Bungo Stray Dogs, Bungo Stray Dogs is an anime RPG mobile game brought to you by game developers Ambition Co Limited. Take to the stage as you command your favourite heroes from the Bungo Stray Dogs series in an adventure and form your own squad. Your characters will utilize a variety of special moves while in combat and display their cute graphical sprites as your maneuver them across the battlefield. Dive into the universe of Bungo Stray Dogs for an exhilarating experience!

OS Recommendation
At least iOS 8.0 / Android 4.4 or above
If there’s any version that doesn’t match these specifications, the device may not support the game.
(c) 2016 Kafka ASAGIRI,Sango HARUKAWA/KADOKAWA/Bungo Stray Dogs Partners
(c) 2017 Ambition Co., Ltd. 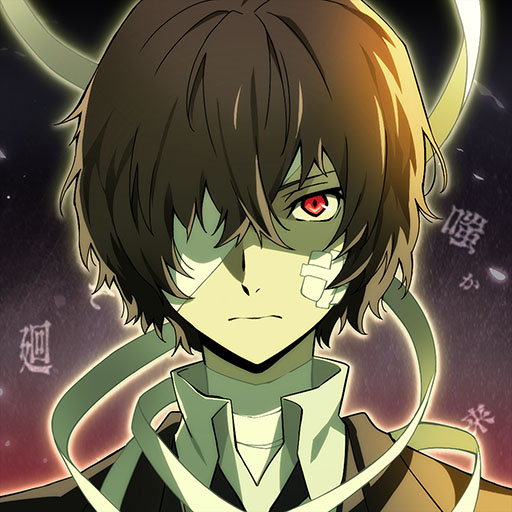