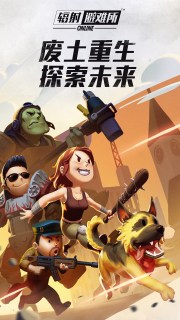 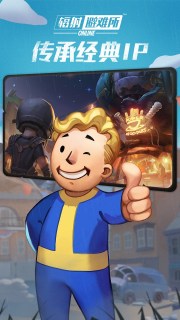 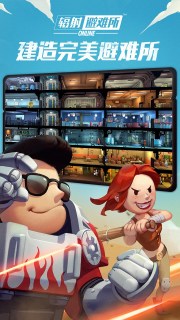 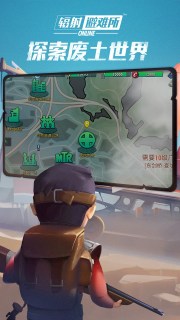 Fallout Shelter Online is the official sequel to Fallout Shelter. Beside the classic Vault management feature, in Fallout Shelter Online, players are also able to recruit famous heroes from the Fallout series, build adventure teams, face dangerous foes, and venture into the wild Wasteland! Whoever survive the Wasteland stands for the Wasteland. Overseer, what you have built up today becomes the future of the Wasteland.
【Introduction】
The award-winning Fallout series is a post-apocalyptic video game series, which remains one of the best selling video game series in the world. The original Fallout Shelter was released in June 2015, and was recognized by the App Store as the “App of the Year”. It has been downloaded for more than 200 million times.
Not only did Fallout Shelter Online draws some of the most beloved gameplay features from Fallout Shelter, it also expands itself beyond its beloved predecessor. From a unique storyline, to its post-apocalyptic art style, to different interesting characters, factions and monsters, players will find everything they once loved about the Wasteland of Fallout series in Fallout Shelter Online.
【Write your legendary story on the Wasteland】
You will experience the futuristic world of the Fallout series on mobile devices for the first time, and add your own chapter onto that story.
【Recruit legendary heroes】
Recruit all of the legendary heroes you loved from the Fallout series! Encounter super rare and powerful heroes such as Nick Valentine, the famous synthetic private detective.
【Embark on a whole new adventure】
Embark on an exciting new adventure on the Wasteland! Track down the missing former overseer of your Vault. On this journey, you will visit familiar places such as the Red Rocket and Diamond City. You will be facing ferocious foes such as raiders, super mutants and even Deathclaws. Friends or foes, what awaits you on the upcoming journey? That’s for you to find out!
【Build the ultimate team】
Try different combinations of heroes to unlock their “Bond” effects which brings great combat bonus to your team. Different “Bond” effects grant unique advantages toward different kinds of enemies. Adjust your strategy wisely and battle your way around the Wasteland!
【Challenge other players】
The Wasteland is brutal, may the best overseer win. Meet new friends when you are wondering on the Wasteland, and challenge them in the Combat Zone. You can also challenge players presenting on the leader board and win your way up. Let’s see who is worthy enough to be the king of Wasteland!