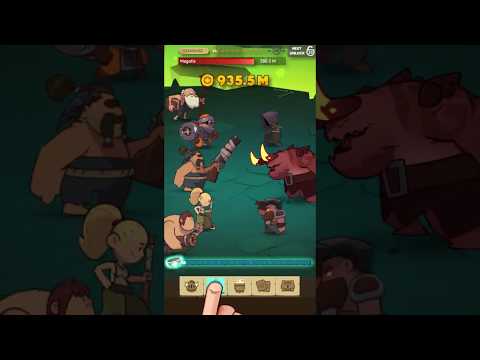 Idle Business Indie Game RPG
4.0
Almost A Hero is an idle RPG clicker game where 15 of the most useless idiots embark on a quest to be slightly less useless idiots.

They say never give a loser an even chance. We say different.

A bunch of deeply unique and deeply flawed individuals have been chosen for greatness. Heroic, noble, enlightened... Just 3 of the many words they can’t spell. They will set off on an epic journey that will turn them from zeroes to almost heroes. Or dead people. More likely the latter.

Join these zeroes on a quest to become heroes in an ancient land. Train them to learn battle skills, magical powers and which end of a sword is the business end.

In Almost a Hero you’ll find quests, secrets to unlock and there's lots of clicking to do. Yup, it’s a clicker game. Have you nearly got what it takes to become almost a hero?

◆SUPPORT◆
Contact us at support @ beesquare.net for help with:
> payment issues
> bug reports
> tips on how to upgrade your heroes
> or just to share your love for idle games with us

Almost a Hero - Idle RPG Clicker 差不多英雄 will be installed on your device. Bee Square Games
Download via QooApp