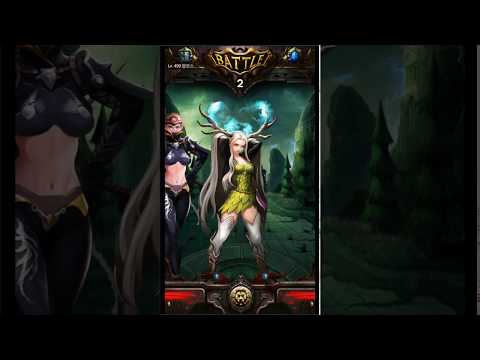 God of Battle : War of the Gods

God of Battle : War of the Gods

Become the God of Battle amongst demons, elves, and humans!
A new clicker game from the popular Google Play developer, DAERISOFT!

Even when your phone is switched off, your hero continues to fight and level up!

■Unite the Guardians of three races to become the God of Battle!

A new clicker game from DAERISOFT!

If you’ve had enough of low-quality games, this game is the one for you!

■Tap the enemy monsters that appear during the game!


■Challenge other users in PvP mode!

Gather your allies and defeat your opponents!


■Even when you’re busy with other things, leave it on and the game will play on its own!

An auto-play RPG that is just right for the busy modern lifestyle!

Every review you leave encourages us to make a better game.

End the war of the three races and become the God of Battle!
Yet another quality game from DAERISOFT!

God of Battle : War of the Gods 戰鬥之神 will be installed on your device. DAERISOFT Download APK
Download via QooApp