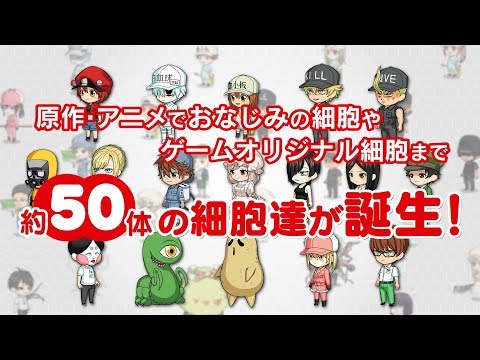 Itsudemo Hataraku Saibou is the first ever mobile game based on manga and anime series Hataraku Saibou (also known as Cells at Work). This is a tower defence RPG in which players have to defeat bad intruders that make our body sick!

■ All cells appear in chibi form!
■ There are more than 50 kind of collectible cells including original cells exclusive to the game and cells from the anime!
■ A new story that fans have never heard of!
■ Stay healthy by keeping the bad intruders away in tower defence battles!