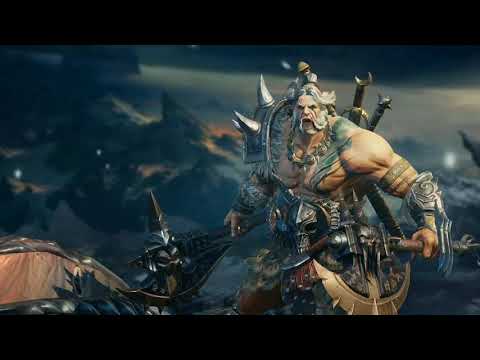 Diablo Immortal is a role-playing game cooperatively developed by Blizzard Entertainment and NetEase based on the famous video game franchise "Diablo." The game is also sometimes called Diablo M (Mobile) widely as it's a game specifically designed and produced for iOS and Android mobile devices.

The game exhibits the significant hack and slash feature that the franchise was known for and claims that the players can have the same experience as on the other gaming platforms. The controls are redesigned for the touch-screen so that the gameplay is more accessible on the phone.

In the story, the humans are created by angels and demons and named Nephalems in the world called the Sanctuary. Despite being played on mobile devices, the graphics have done a good job to depict the dark, bloody, and harsh world.

There are six classes to be selected while each of them has a completely different set of skills. Players can also arrange the abilities as they like to accommodate their gameplay.

Diablo Immortal is an RPG that duplicates the excitement of the well-known roguelike dark fantasy game on a portable device. For those who seek to unleash destructive magics or wield sharp steels to drive them into the skulls of the monsters, this is a great pick.

Diablo Immortal is a mobile Massively Multiplayer Online Action RPG (MMOARPG) developed by Blizzard Entertainment in partnership with NetEase, coming exclusively to Android, iPhone and iPad.
A NEW DIABLO EXPERIENCE
This new chapter of the blockbuster Diablo saga takes place between the end of Diablo II: Lord of Destruction and the beginning of Diablo III. Leading the invasion of Sanctuary is the demon known as Skarn, Herald of Terror—Diablo’s most powerful lieutenant—who now rallies a new demonic army. Skarn intends to gather the fragments of the corrupted Worldstone and use them to resurrect Diablo. Diablo Immortal is a collaboration between Blizzard Entertainment and NetEase Games.

NEW ZONES AND DUNGEONS
In Diablo Immortal, players will embark on thrilling expeditions, take part in dynamic events across unique public zones, and plunder instanced dungeons, hacking and slashing their way through the demonic minions surrounding them. From the peaceful town of Wortham to the ancient Library of Zoltun Kulle to the suffocating jungle island of Bilefen, players will explore familiar vistas and until-now undiscovered corners of Sanctuary in search of the tainted fragments of the Worldstone.

MASSIVELY MULTIPLAYER ON MOBILE
Players will have many opportunities to meet and socialize with other heroes while wandering the wilds of Sanctuary, or while conducting less-dangerous business—like upgrading gear, crafting items, or forming groups for their next adventure—in the city of Westmarch, Diablo Immortal’s sprawling central hub.

INTUITIVE CONTROLS
The transition from mouse-and-keyboard or controller to mobile touchscreen device was designed to feel completely natural, intuitive, and fun in Diablo Immortal. Directional controls make it easy to move heroes around the world, and activating a skill is as easy as holding a thumb down on a skill to aim, then releasing it to unleash hell on your foes. Reinforcements are always only a tap away thanks to the native Blizzard Battle.net® UI designed specifically for Diablo Immortal, which allows you to chat and form groups with ease even in the middle of the most frantic battle.

PRE-REGISTER AND LEARN MORE
Pre-register on the Play Store and visit our website for more details at www.diabloimmortal.com

Minimum requirements not final and may change prior to release.