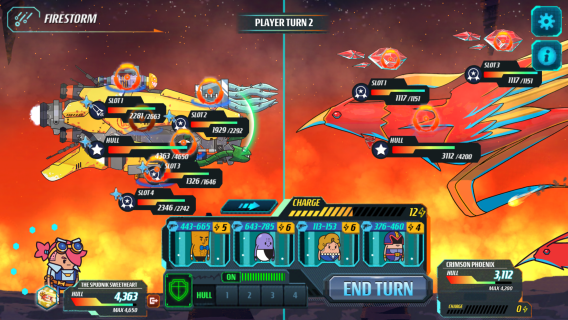 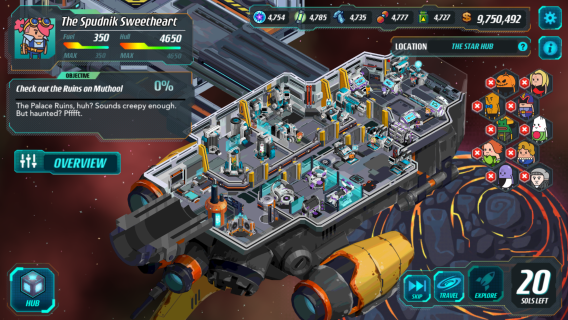 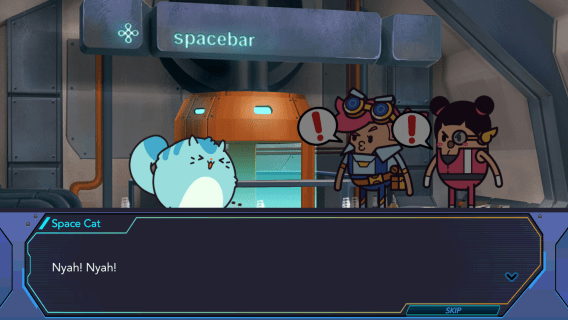 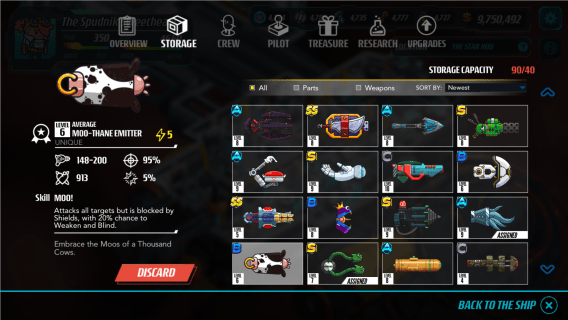 Play as sisters Cassie and Fay as they scour dozens of planets in a dynamic universe for their beloved grandfather, Jiji! Follow them on their quest and experience an engaging and ever-changing storyline with a diverse cast of lovable, anthropomorphic vegetables, which include some familiar faces!
Holy Potatoes! We’re in Space?! features tactical, turn-based combat and a variety of weird and wacky weapons, each with special effects that can be used to turn the tide in battle! Ever wanted to maul your enemies with a horde of kittens? Don’t worry, we’ve got you covered. If you hated vegetables as a kid, this game is for you!
Manage your crew, time and resources to craft a spudload of weapons and create the ultimate juggernaut of mass destruction!
A charming, vegetabulous soundtrack of over 150 tracks by the talented Jeff “Pumodi” Brice will keep you entertained while blasting your foes to bits!


▼▼ Key Features ▼▼
● “Carrot” get enough of punny humor? Say no more!
● A compelling story that differs across playthroughs!
● Hire engineers from an array of strangely familiar edibles to man your ship and weapons
● Strategic gameplay - micromanage your crew, craft a wide array of weapons and plan your attack against enemy ships!
● Explore dozens of planets and galaxies, or why not the whole universe!
● Various localization options!
● Casual Mode for stress-free “pew pew”-ing!
● Own a large, fluffy Space Cat. ‘nuff said.

Holy Potatoes! We're in Space?! 看！馬鈴薯們的宇宙飛船？！【官方安卓版首發】 will be installed on your device. Daylight Studios Download APK
Download via QooApp