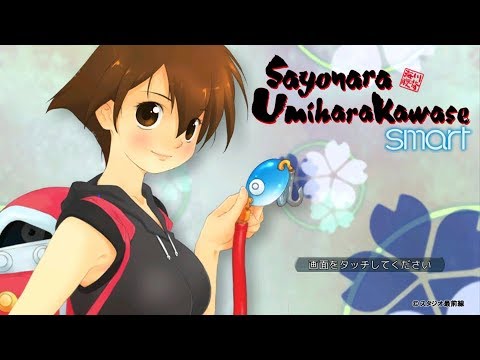 Side Scroller Action ADV
2.9
"Sayonara UmiharaKawase Smart" is a 2D platform game where the goal is to clear every stage.
The rules are very simple: Using a rubber rope with a lure at the tip, you can hang on walls or ceilings and catch enemies while aiming for the exit inside the stage.
There are a total of 60 stages. 10 stages up to the first ending can be played for free. To play other stages, you need to purchase the unlock key.

"Sayonara UmiharaKawase Smart" is developed on the premise of playing with a Gamepad.
Please play using a "Bluetooth Wireless Controller" or similar.
Play by touchscreen is also possible, but clearing the later stages requires considerable player skill.