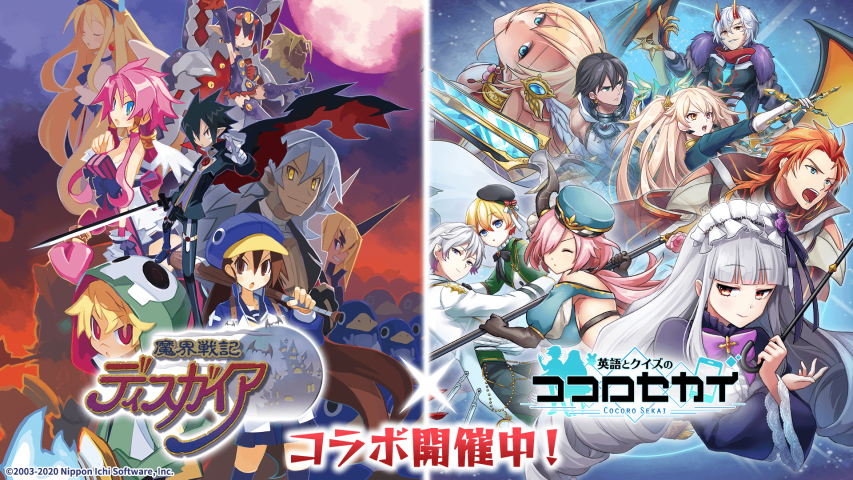 クロスモンスターズ クロスモンスターズ 3.8
"Cocoro Sekai" is a new feeling RPG mobile game launched by Summer Vacation. The fighting style is very interesting. You need the player to choose the correct answer from the four options of English puzzles to defeat the enemy. While playing the game, you can also improve your English skills!

I want to learn the "English"! But there is no time, does not last long ...
Such for you to perfect this app!
Do not you looking forward to the "English" what now?
The important thing to learn in English,
To create the opportunity that is in contact with the English in daily!
Throughout the game to everyone in the Kokoseka
It provides you the opportunity Fureaeru fun English every day!
-----
The following English teaching materials "game"! ?
New sense quiz RPG that poor English is good appeared!
To defeat the enemy with a four-quiz of English "English UP"!
In the clearance time, anytime and anywhere you play, fun because the game! !
Reward Get further just play the game! ?
Equipped with the new features of the industry shook, which would be closed Gacha!
You play Tokoton for free!
Does not stop and start to do, more and more English is good!
"English and quiz heart Sekai"
Come play with us!
-----
■ play even where in the absence of charge!
New features of the industry shook, billing every time to play a game item the "Star Diamond" Get! ?
In addition, givin also Gacha a star diamond I got!
Play if play more deals new system! Let's enjoy the game deals!
■ new genre [English Quiz RPG]
You can attack the monster by answering in English quiz in the heart the world!
More play if you play, English players also level up! ?
In addition you can answer until the end of the 2-option, since it is possible to correct the mistake on the spot, perfect to learn English!
English is also play fun and not good people!
■ with character voice!
Gorgeous voice actors decorate the battle!
Saori Hayami / Rie Kugimiya / Yoko Hikasa
Tetsuya Kakihara / Kana Ueda / Joji Nakata
Kana Asumi / Uchida Stallion / Sumire Moroboshi
■ Story
Another one of the world to be linked with the "zero" there is "heart".
Zero, the virtual space of the character of the game app has been reproduced in advanced technology.
Name recognition in the real world, it is programmed to affect the "heart" of the characters have.
The zero, and there is a "Seven Stars" composed of a popular character of seven,
It had defended the safety of the seven areas of "zero".
One day, with the advent of unidentified character "Mega" is accident to "zero" occur.
"Bug" has occurred in the data of the character, the character which was bug of the was the appearance shape becomes instead "heart" is also violent.
Hero by chance had been taken to zero, in order to return to the real world
...... embark on incident resolution along with the mysterious girl "Apulian"