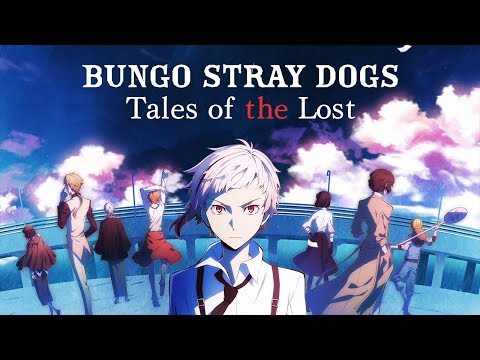 ▼Anime scenes right on your phone!▼
The main story features extra information and new viewpoints on the original anime storyline!
Experience famous scenes and popular characters interacting in your very hands!
Event stories will feature never-before-seen game-original scenarios, as well as side stories not covered in the anime!

▼Easy-to-play Ability Battles!▼
Just pull and release to launch your attacks with the simple to use Ability Fling system!
High-power Abilities come with cool cut-in animations, too!
Beast Beneath the Moonlight, No Longer Human, Rashoumon...
Use these incredible Abilities to turn any fight in your favor, as the mini-characters move and attack with striking force!

▼Make your own original teams!▼
Featuring characters from the original anime, as well as characters in game-exclusive outfits, plus a range of adorable mini-characters taking the fight to their enemies!
Always wanted to see the Armed Detective Agency and Port Mafia working together? Now's your chance to make it happen!
Form your very own team and explore the dark and mysterious world of Bungo Stray Dogs!

I grinded so hard for this and it was worth it

Haven't finished it yet but it's good so far

ATSUSHI HE LOOKS SO GOOD

I grinded so hard for this and it was worth it

Haven't finished it yet but it's good so far

ATSUSHI HE LOOKS SO GOOD Bungo Stray Dogs: Tales of the Lost 文豪Stray Dogs 迷犬怪奇譚 | 英文版 will be installed on your device. Crunchyroll Games
Download via QooApp