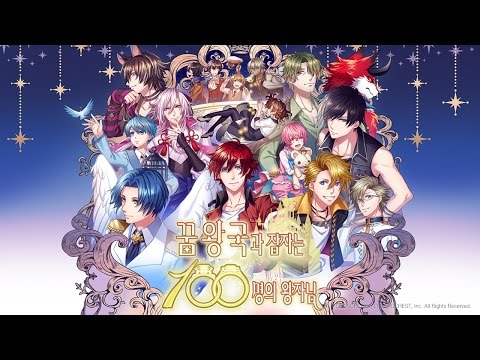 100 Sleeping Princes & the Kingdom of Dreams is a robust free-to-play puzzle RPG and visual novel where players role-play as a princess who finds herself in the Kingdom of Dreams. As the dream eaters have made the princes fallen asleep, players must awaken them to save the kingdom. When players improve their relationship with the princes, they will discover the secrets and the stories of them. Players can also develop a romantic relationship with one of them later in game. The game is fully voiced and the roster of its voice actors is incredible, making it more enjoyable to read the story. Those who love to play otome games must try this game out!
Official Naver cafe website: http://cafe.naver.com/dream100kr
Official website: http://www.dream100kr.com
Official facebook: https://www.facebook.com/dream100kr
Official twitter: https://twitter.com/dream100kr