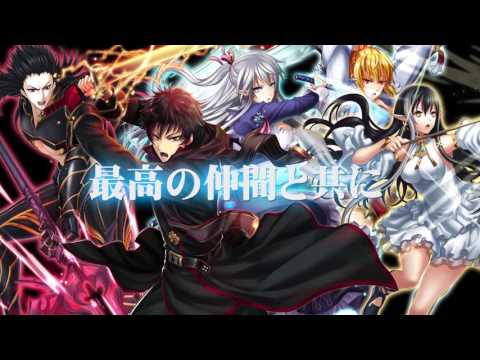 The Hero Who is Good at Climbing Trees and a Warrior in Sailor Clothing 木登り勇者とセーラー戦士 〜俺と蛙さんの異世界放浪記〜 3.0

A New Gate is an action RPG based on an epic fantasy novel “The New Gate” for mobile.

▼Simple Action Real Time RPG
Timing to release your skill is important in the battle.
Find the right opportunity of skill attack and win the battle!

▼Be Stylish by Equipments
You can change your appearance by equipments.
Let's coordinate your avatar to your taste.

【Summary】
Shin almost won in death game "THE NEW GATE", where people were locked in. However, in the moment of he was delivering the death to the final boss, he enveloped by strange light, then he waked up the world 500 years later. The story will begin from this...

◆Original Novel "THE NEW GATE"
It is a popular novel in Japan. This has printed about 430,000 copies!

VRMMO players were locked in the VRMMO "THE NEW GATE". If player died, he/she will die in real life. They called, it is a death game. Skillfull player Shin was finally reaching the final boss to finish this death game. However, the moment of that he was about to deliver death to the boss, he enveloped strange light and waked up in the world 500 later...

The Hero Who is Good at Climbing Trees and a Warrior in Sailor Clothing 木登り勇者とセーラー戦士 〜俺と蛙さんの異世界放浪記〜 3.0

THE NEW GATE THE NEW GATE will be installed on your device. AlphaGames Inc. Download APK
Download via QooApp