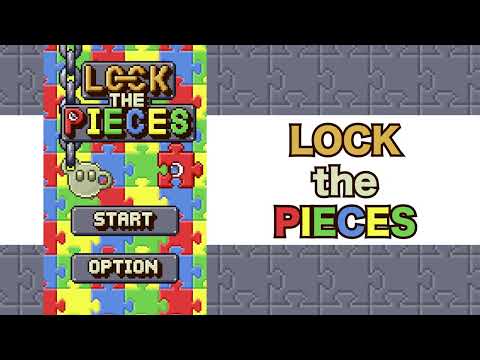 Action STG
0.0
Lock the pieces is an action game developed by while(star*null). In this game, players need to defeat enemies using a unique chain mechanics that requires simple controls. There are many stages and bosses awaiting players' challenges.
Lock The Pieces is a new kind of action barrage game that lets you connect chains and defeat enemies with simple controls!

Features
-Defeat enemies by surrounding them with chains while dodging attacks.
-Only one finger is needed for easy operation.
-A variety of 432 stages (up to 240 stages in the current version).
-Difficulty level selection for beginners.
-All original graphics and background music.
-Bosses with powerful and varied attacks.

Recommended for
-Beginners who have never played bullet games before.
-Gamers who play games on a regular basis.
-People looking for a way to pass the time while commuting to and from work, etc.
-Combat maniacs who want to fight a bony enemy.
-Those who want to fight strategically using their brains.

Basic Operation
-Surround the enemy with two chains, one vertical and one horizontal, to inflict damage!
-If you can connect the chain in a small area while surrounding a large number of enemies, you can do a lot of damage!
-Important items may appear on the field depending on the stage!
-Use items to attack your enemies and support yourself while defeating them! Lock the pieces will be installed on your device. while(star*null)
Download via QooApp