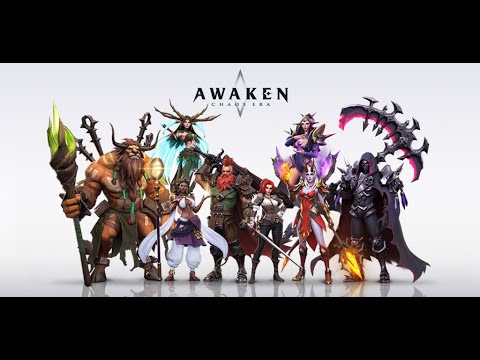 RPG ADV Strategy PvP
2.7
DragonCape DragonCape 3.5
Awaken: Chaos Era is a role playing game developed by Century Games Limited.
Enter the mythical world of Awaken, an ancient land held together only by the elements that brought it into existence. Peace is now being torn apart as the former King has disturbed the balance and brought the continent to the brink of destruction. As the constant struggle between light and darkness wages on, It's time to join the battle and awaken your inner hero!
- Game Features:

▲ GATHER YOUR FORCES
Collect powerful heroes and assemble the right combination to dismantle your opponent!

▲ CINEMATIC-STYLE VISUALS
Get lost in an immersive story with captivating 3D artwork as your heroes unleash a variety of attack effects and skill animations!

▲ STRATEGIC GAMEPLAY
All heroes have unique abilities that can give you an edge over your enemies. When you step onto the battlefield, strategy and skill reign supreme!

▲ PVE CAMPAIGN
Uncover the mysteries of Awaken and explore a narrative storyline filled with hero origins as you follow Evelyn on her journey to find her father and restore peace to the land.