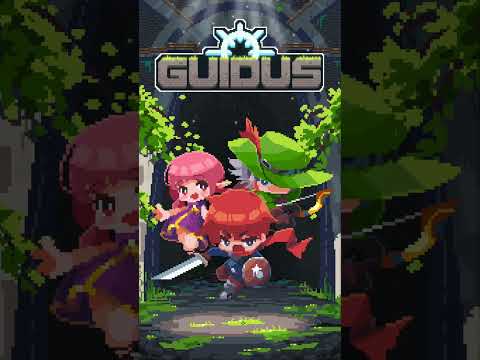 RPG Raising Sims ADV Action Pixel Roguelike
4.2
QV QV 4.5
Guidus is a pixel-style role-playing game developed by izzle.
In Guidus, you will play as a heroic adventurer in countless dungeons. There are heroes with different classes and they have unique skills to fight the monsters. Your goal is to become stronger and stronger and challenge the Demon King that defeat you.
Once upon a time, the brave hero went with his colleagues to defeat the Demon King. However, the Demon King's power was so strong that he was eventually defeated.
"You are too weak to defeat me. Train from the bottom up and challenge me!"

◼︎ Unique skills
Each character has its own skills. Use your skills to defeat your enemies.

◼︎ Various bosses and monsters
Fight against various monsters and powerful bosses that block you.

◼︎ Mobile action roguelike rpg
Continue to challenge and grow. It will get stronger and stronger. Guidus 吉德斯 will be installed on your device. izzle
Download via QooApp