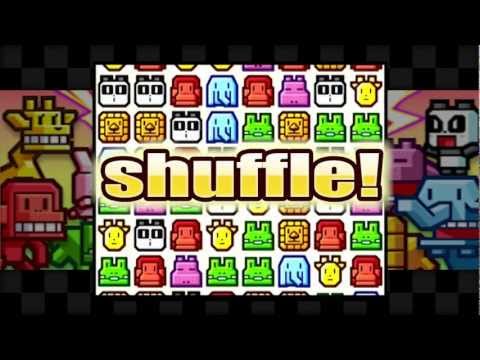 対戦ソリティアモンスターズ 対戦ソリティアモンスターズ 3.6
- How do you catch animals?
Simply swap adjacent animals to match three or more of the same animals, and they’re caught!
The animals you catch make up your ATTACK and DEFENSE points.
- How do you play against other users?
Each round, you have 30 seconds to catch as many animals as possible, and the aim is to build up your ATTACK and DEFENSE enough to beat your opponent.
If your opponent's LIFE runs out… you win!
If you both have some LIFE left… one more round!
*If neither player wins after 5 rounds, the winner is whoever has more LIFE remaining.
- Your opponent has the same animal panels as you!
In every match, you and your opponent will share the exact same animal panels. Even the new ones that fall in to replace those you've caught!
This means you have to catch those critters more efficiently than your opponent. Luck doesn't come into it! Or does it? Item panels will fall in randomly. If you’re feeling lucky, victory could be yours!
- Master active chaining!
If you just sit and wait for animal panels to disappear… you’re missing out!
While the animals you've caught are busy disappearing, you can be working on your next catch, and the next, and the next one after that! Chain catches together to be a true master.
- Keep your eyes open for lucky animals!
Each round, one chosen animal type will specially give a boost to both your ATTACK and DEFENSE. These are lucky animals. Don't forget to watch for them when the round starts!