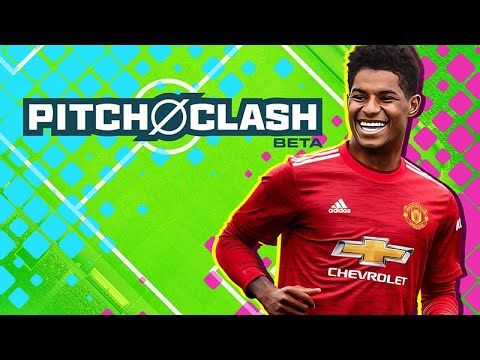 Simulation Card Sports
1.8
eFootball PES 2022 eFootball PES 2022 4.3 Yu-Gi-Oh! MASTER DUEL Yu-Gi-Oh! MASTER DUEL 4.3 Yu-Gi-Oh! Duel Links | Global Yu-Gi-Oh! Duel Links | Global 4.3 EDENS ZERO Pocket Galaxy EDENS ZERO Pocket Galaxy 3.8
Pitch Clash is a soccer card game developed by KONAMI. In this game, players need to collect cards of soccer players and use them to win matches against other players. This is the beta version of the game.
Choose your Player Cards well, and enjoy the thrill of playing against friends and rivals from around the world. Make quick tactical decisions to outmaneuver your opponents and guide your squad to victory!
・Immerse yourself in an exciting new genre of soccer strategy.
・Pick up and play a match effortlessly, anywhere and anytime.
・Enjoy attractive visuals and simple game rules.
・Experience the thrill of making key match decisions in crucial game moments.
・Test your tactical skills against friends and rivals from around the world.
・Relax and enjoy dynamic gameplay that unfolds like TV broadcast matches.
・Stack your deck with Player Cards to create your dream team.
・Send Emote Stickers to communicate with other players during matches.
・Features more than 10,000 licensed players from popular clubs around the world.

Dominate the field over your opponents and guide your squad to victory!

Watch your players play out your strategy on the field with realism that is reminiscent of a real-life soccer match. They will enact nimble maneuvers to outplay your opponent and score the winning goal!

The Thrill of Live Match Play

Play with friends and soccer fans from around the world! The fun of Pitch Clash comes in anticipating the other player's moves and the next exciting play on the field. The more you know your opponent, the more exhilarating the matchup of strategy and soccer savvy! The fast and easy setup of the game allows frequent matchups with friends and fierce rivals across regions for non-stop entertainment.