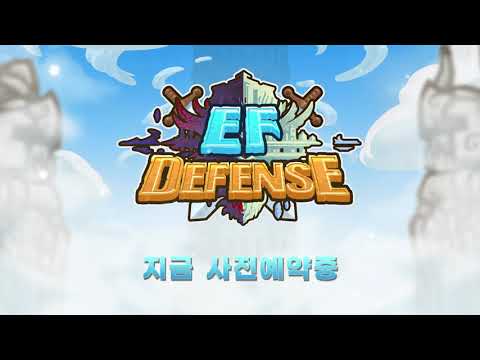 ☆ Various battlefields, specialized powerful traps
Get away from the simple background and collect maps to protect the kingdom together!
A monster that appeared over the ice wall shouted, terrifying the enemies
God's arm protruding from the portal will push the enemies out and help you fight!

☆ Guardian defending the battlefield with powerful skills!
Not a cute mascot, but a guardian with the ability to flip the battlefield!
Wake up from the small egg, command the battlefield, and collect guardians to protect your allies!

☆ It's not just a blocking game!
Experience a variety of battles out of the defense that only blocks!
Pioneering to attack the enemy's stronghold beyond blocking the enemy's invasion!
The Arena is headed for the strongest by winning the honorable battle with the strongest!
The Grand Arena, where you compete in three battlefields and win victory!
The tower of challenge to go up one floor by defeating the guardians that exist on each floor!

☆ Various and unique enemies!
Enemies simply walking sideways and flying? too easy!
[Frog Defense] against enemies coming down from the sky and crossing the floor
[Goblin Defense] invading to a random layer through the portal
[Ghost Sweep Battle] invading the ground and sky at the same time
----
Developer Contact:
14F, 1820, Nambusunhwan-ro, Gwanak-gu, Seoul, Republic of Korea (08787)
+82262768886 EF Defense EF 保衛戰 will be installed on your device. ekkorr
Download via QooApp