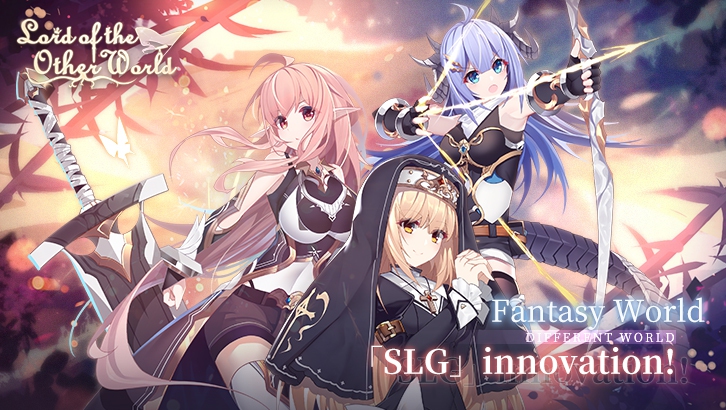 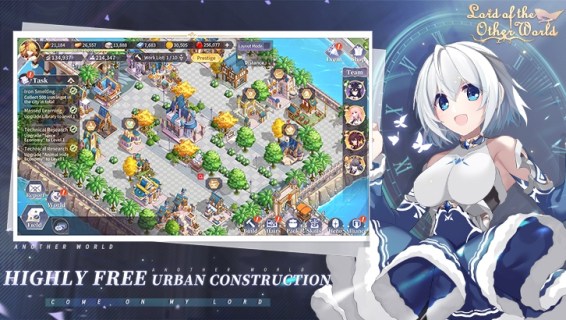 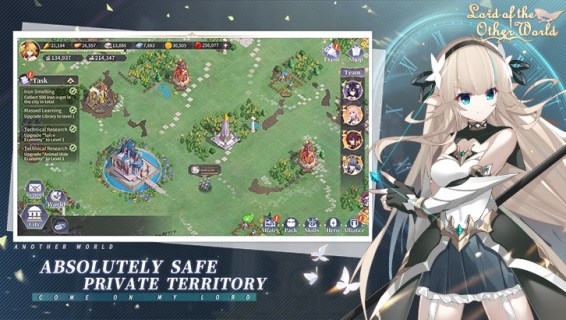 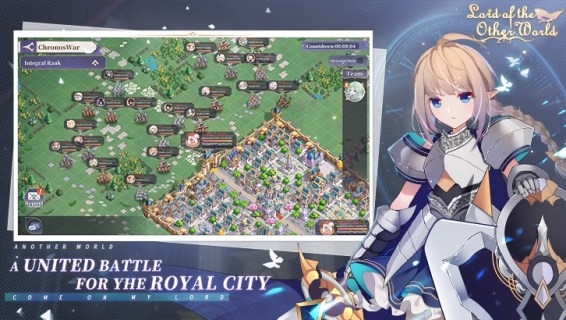 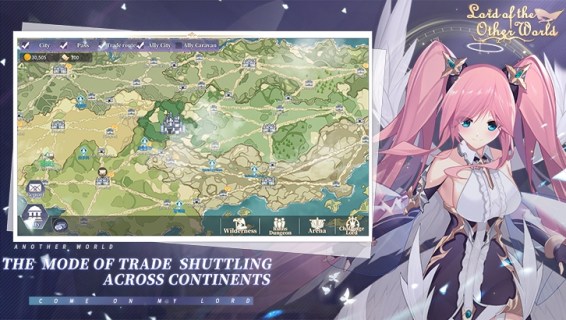 Lord of the Other World

Lord of the Other World

Over 10,000 pre-registrations: Lv.3Pick One Resource Chest*10
Over 20,000 pre-registrations: 15-Minute Speedup*10
Over 30,000 pre-registrations: Lv.3 Hero Experience Book*20
Lord of the Other World is a more casual strategy war game, it bid farewell to the endless confrontation between players in traditional strategy games! More emphasis on collaboration between players. The game integrates strategy warfare and card development gameplay, simulated business gameplay, team-dungeon gameplay, and designed an urban construction model centered on prosperity and civilization, and innovated a "private territory" that did not exist in previous strategy games. The new concept of "safe collection". At the same time, players can also send business travelers to freely communicate with each other, donate supplies, and prosper together and develop harmoniously!
[Exclusive territory, safe collection]
Facing a different world that is about to be destroyed, you, as the lord of the city, will become a candidate for the throne and have your own private territory. There you can collect, play wild, and defeat the bosses of monsters as much as you want, farm safely without being disturbed, focus on improving the construction of the capital, and create your own new world!
[Develop civilization and build homes]
The fire of civilization is endless. After canceling the concept of combat power in traditional strategy games, we introduced the concepts of civilization and prosperity. As the heir to the throne, force does not determine everything. Therefore, rather than letting players fall into endless battles in the game and constantly pursuing combat effectiveness, we hope that players will help each other, spread civilization and develop cities, and build a prosperous new capital!
[Shuttle the mainland, free trade]
After canceling the traditional strategy game where players attack each other's cities to plunder resources, we have opened up the runner gameplay of mutual trade between mainlands, six regions, 30 specialties, multiple runner paths, and real-time updates. Trade information, random events. Perhaps not every trade is smooth sailing, but risks and opportunities coexist, challenges and benefits coexist, maybe you are a business wizard in another world!
[Wasteland Experience, Relic Treasure Hunting]
Stopping in another world, exciting adventure links are also essential! We have opened a wasteland palace that can challenge ourselves. At the same time, as your main city hall level increases, copies of the ruins of different difficulties will also be opened for you. Whether it's dangerous underground caves or desolate desert ruins, you can enjoy the fun of teamwork and multiplayer teaming, and find lost treasures in danger!
[Hero Development]
Three races, massive heroes, and legendary heroes with various characteristics, each hero has its own mission. They will accompany you all the way in your life in another world, and do their best to help you fight the enemies, fight against the monsters, and win the crown!
[Territory War]
6 regions, 36 cities, and 36 legendary lords, this continent is full of wealth and opportunities, waiting for your conquest!

Lord of the Other World 異世界的城主大人 will be installed on your device. 重慶飛羽飛動漫
Pre-Register via QooApp