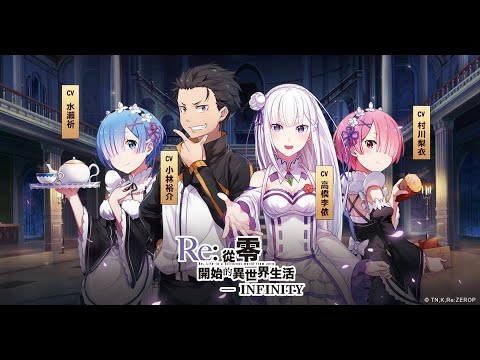 Re: Zero Infinity is a mobile RPG card game that originates from the Re: Zero series.
Story:
On a ordinary day, a highschool student entered another world. In that world, he would meet new friends and went on a dangerous journey. As he acquired the ability to escape death, would he be able to save the girl who was destined to die?
Features:
■ Real-time interaction with in game characters. You could learn more about their story and develop a deeper relationship with them by sending them their favourite gifts, and they would accompany you along your journey.
■ Beautifully designed scenery and flashy skills that originates from the original series.
■ The in-game dialogues are voiced over by the original CVs.
1551047 Re: Zero Infinity Re:從零開始的異世界生活-INFINITY | 繁中版 will be installed on your device. SKYMOONS TECHNOLOGY, INC.
Download via QooApp