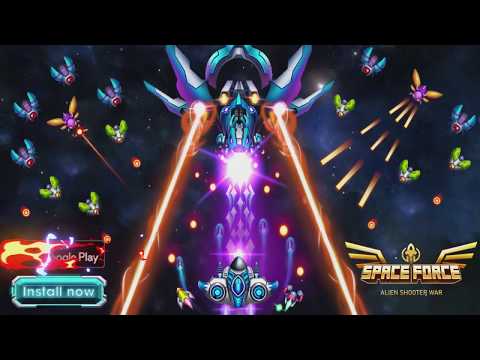 STG Casual
0.0
In the distant future, as people increasingly expand the boundaries of the Universe, they have to learn a lot of new things and face up with countless troubles. One day, a mighty alien force with their monster and space invaders appear. They control the alien spaceship and threaten the life of the Earth. Then a space war broke out.

As a member of the Space Force, you will join with other space shooter against the space invaders and protect the Earth. Start your galaxy attack in many different ways right away: Start with Sparrow spaceship, become stronger at every level to defeat space invaders to bring peace to Earth.. It’s an arcade shooting games, easy to play, just concentrate and destroy everything that stands in your way!

HOW TO PLAY
- In this shooting games, hold and slide to control your spaceship to attack alien spaceship and avoid enemies power
- Collect coins and gems to upgrade your spaceship and your space force
- In each battle there will be items dropped from space invaders when they are eliminated, remember to use them in the most useful way
- Equip and upgrade your support drones to help your space force defeat Boss
- Use your main skills and other skills to collect more coins, gems and destroy enemies
GAME FEATURES
- Attractive mission system
- Many modes to play: Campaign, Endless, Event.
- Great graphics, amazing sound and effects
- Many levels with different challenges and difficulties.
- Various space invaders: Mini boss, Big boss, Monster
- Many kinds of spaceships and drones to select with diverse weapons and skills
- Easy to upgrade and promote spaceships and drones
- Attractive daily missions, achievements and events every month

The future of the Earth is in your hand. Let’s join the battle with another space shooter player in the world to protect the your family with Space Force: Alien Shooter War right now!