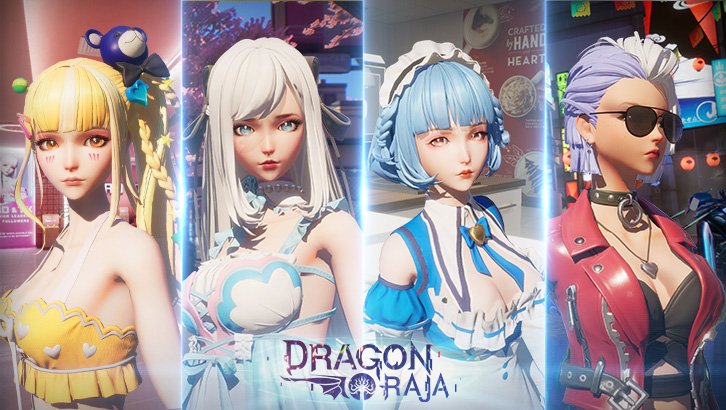 Based on unreal Engine 4, Dragon Raja is an open world mobile game with the extraordinary and immersive graphics. In Dragon Raja, you are able to create unique character and make friends from all over the world to explore and fight alongside each other.

Complete the pre-registration now, and you will obtain exclusive Google Play rewards and even you may encounter your destiny!

STUNNING GRAPHICS
Based on unreal Engine 4, it boasts a unique gigantic in-game world with vivid details.
Day or night, sunshine or rain, you can explore the world of Dragon Raja freely!
With simulated physical collision system and optical motion capture technology to deliver “smart” environment, it makes you feel like you’re in the real world!

GIGANTIC OPEN WORLD
Many landmark locations around the world have been recreated in Dragon Raja for you to explore and travel!
With the open storyline, different dialogues with NPCs based off of your own choices, give you the power to change the very world.
You can take a selfie with your favorite characters anytime anywhere!

COMPREHENSIVE CHARACTER CUSTOMIZATION
You can create unique characters and dress them whatever you want.
Casual, retro, street, and futuristic are just a few of the styles you can choose from!
It’s even possible to define your characters’ personality through different responses to unforeseen events.

INNOVATIVE GAMEPLAY FOR FREE EXPLORATION
You can choose your gameplay from dozens of gameplay modes as well as a unique career system.
Like Michelin-starred chef, entertainment superstar, or racing champion, you will be totally in control of your own destiny.
Numerous hidden secrets and all kinds of possibilities are waiting for you to discover as well.

FIERCE REAL-TIME COMBAT
Dragon Raja’s realistic combat and gameplay deliver an electrifying PvP system.
Test your skills in duel or battleground where holds hundreds of players. Or fight for honor and glory through club matches.
PvE system features a multitude of unique bosses and riddle solving, which makes each PvE dungeon a fresh experience.

System version: Android 5.0 or above
RAM: 2GB or more
Free space in the system: at least 6 GB
CPU: Qualcomm Snapdragon 660 or higher