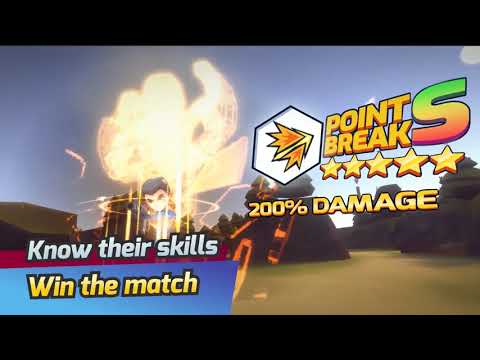 A wonderfully deep and fun casual esports sim, Esports King brings all the epic fun of tactical league PVP esports action, without all the disappointment and pain real life politics, hackers, and noobs. If you have ever wanted to see what it would be like to be the owner and manager of your own band of pro esports players, Esports King is the ultimate management simulation for you. Find, recruit, lead, and think tactically as you lead your best players up the competitive esports ladders to victory and fame.

Find. Recruit. Train. As a professional esports team manager and owner, you will be in charge of finding and recruiting the best pro esports shooters from all over the world to compete in intense shooter combat. Esports King is the only management simulation game where you will be able to find famous regional esports professionals to recruit. Keep an eye out and hire only the best players for your team and turn them into epic champions.

Your home is your castle, and your HQ is yours to customize. As your awesome team grows, so will your HQ. This fully customizable gaming haven will house your pro players as they drill, train, and prepare to climb the competitive esports leagues. From couches and tables, to vending machines and epic game stations, you can build the ultimate esports gaming heaven that befits your pvp champions.

Take command, and manage your team. Make gaming champions out of your players at home and command them tactically in awesome team shooter combat out in the competitive leagues! You’ve drilled and trained your esports players for this game, and now you must decide the tactics and strategies that will lead your team to ultimate victory.

Pre-planning and a deep understanding of your team’s strengths, weaknesses and key roles will make lead your team to ultimate victory. In this simulation battle, your tactics, your players, and your decisions will win the day.

Only the best can win. As manager and owner of your team, you must do everything you can to ensure that only the best esports players are put into the intense pvp shooter combat competitions. After every match, there are MVPs and feeders – what you do with them, is up to you. Drill your best players and rank them up by consuming the weak.
Your players are champions. You are their manager. Together, you will be kings.

Key Features:
- Experience the ultimate esports management simulation on your phone
- Become the most awesome manager and owner in the competitive league
- Find and recruit awesome esports pros from around the world
- Train, drill, and rank up your champions
- Build and customize the ultimate esports gaming HQ
- Be tactical and use your team Assaulter, Specialist, and Tanker roles strategically
- Take your champions into intense shooter pvp combat
- Live the awesome esports life as a team owner